Presenter Piers Morgan was told off by his Good Morning Britain co-host Susanna Reid for ruining their interview with Jenny Ryan.

The Chase star, 37, was on the programme this morning (26.11.19) to talk about the final of The X Factor: Celebrity, which airs on Saturday.

But during her chat, Piers' voice grew quieter as he appeared to suffer a technical issue with his microphone. 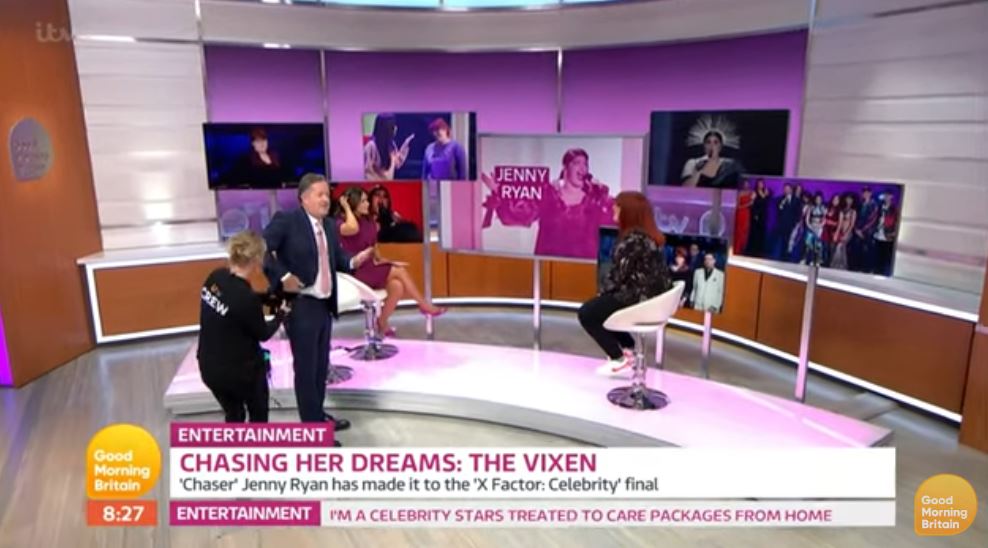 Less than a minute into the conversation, Susanna, 48, said: "Oh, apparently we've lost your mic, Piers. Could you shout a little bit louder?"

Piers, 54, thundered: "Apparently I've been turned off! Why don't we try it a little louder then!? I'll put the mic guys out of a job."

Wincing, Susanna told him: "I think Jenny heard you."

And Jenny confirmed: "I can hear you, Piers." 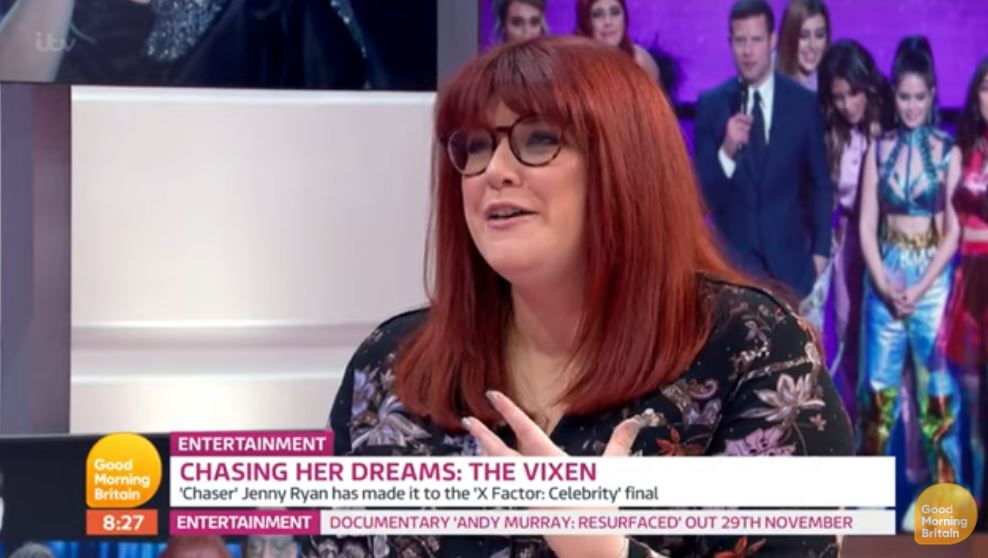 Jenny's through to The X Factor: Celebrity final (Credit: ITV)

The chaser explained, about performing on The X Factor: "It's nerve inducing, yes. Because you're out of your comfort zone. I've got used to being on The Chase and keeping nice and calm, and that feels like comfort now compared to being in the spotlight and being on stage with very little to..."

But she trailed off, distracted as Piers got up from his seat. Susanna explained: "Piers is just going to get his mic."

He said: "Jenny needs to hear me. It's actually an emergency."

We've lost your mic, Piers. Could you shout a little bit louder?

"I know," Susanna replied, adding: "But it's pulling focus unfortunately from our guest, Jenny."

Susanna pushed on with the interview as a member of the crew fitted Piers with a new mic, asking The Vixen: "How are you preparing for the final-"

But Piers interrupted them again as he said loudly, "I'm back. Am I back? Okay good."

Susanna, frustrated, held up a finger and told him to shush. 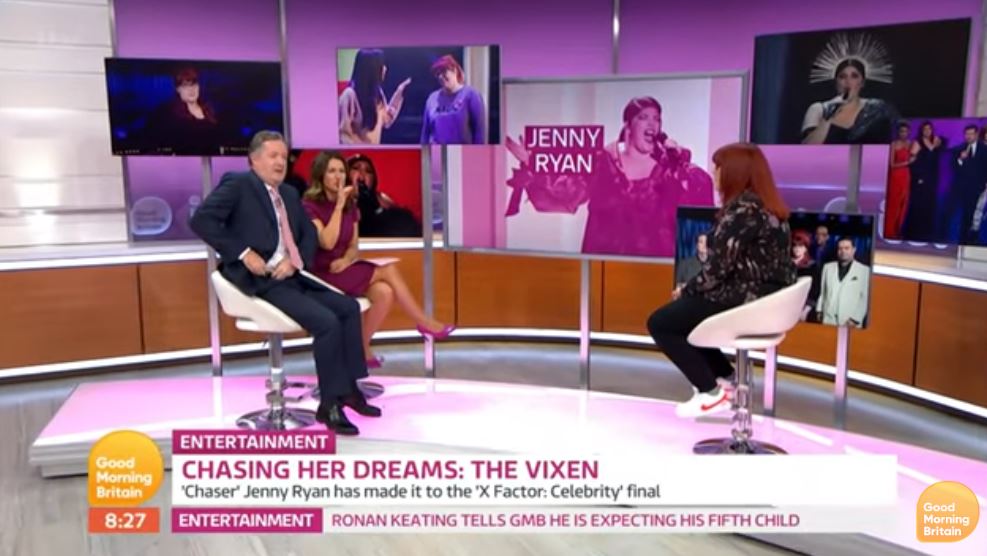 Susanna had to tell Piers to shush (Credit: ITV)

With everything settled, Jenny said: "It's been tough, it's a lot of graft because I've been recording The Chase at the same time as rehearsals, choreography, a lot of background filming to go with this usual kind of... behind the scenes sort of stuff.

"We've got a crew with us filming us being on here. Yesterday was a big day, I had my homecoming so that was wonderful. I got to see all my friends and family."

Asked if that was a boost, the quizzer said: "Absolutely, the thing that's kept me going has been the public reaction, and the fact that I've had such wonderful messages."