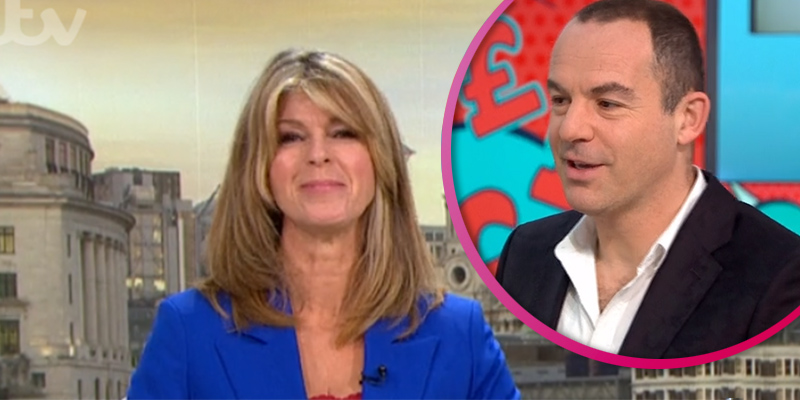 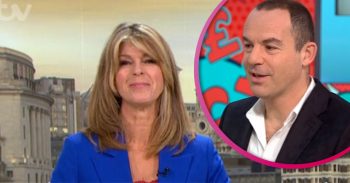 He was mid-way through his explanation

Kate Garraway cut off money expert Martin Lewis to bizarrely give an update on Brexit on Thursday’s Good Morning Britain.

Martin, 46, appeared on the show this morning (March 14) to give his usual tips on saving money.

However, after realising the show’s Brexit countdown clock was about to reach a symmetrical number, Kate was quick to interrupt and stop Martin mid-way through his explanation.

Martin was talking about cash ISAs when Kate interjected to say that the show’s clock was about to hit 15 days, 15 hours, 15 minutes and 15 seconds.

Martin said: “I approve of the mathematical symmetry, I always like those things.”

But Susanna Reid cut in: “There’s nothing significant to that number, it just looks pretty.”

As the clock hit the mark, Kate joked: “15 seconds… to something that isn’t going to happen.”

Martin continued: “That’s marvellous… a nice round number that you’ve picked there.”

Attempting to continue his segment, Martin added: “Shall we carry on with the cash ISA?”

While discussing the ways in which viewers could avoid cash traps around Valentine’s Day, Martin suggested ideas for those not wanting to spend lots of money.

After informing presenters Kate, Ben Shephard and Sean Fletcher about the £2 and £4 bunches of roses sold at the supermarket chains, he went on to propose another way of being romantic on the cheap.

The journalist came up with the idea of presenting your loved one with Valentine’s “love cheques” as a present.

Martin explained: “Something I prefer [to flowers], especially for those people who don’t like spending money, but want to be romantic.

“You can print these online. These are love cheques. Valentine’s gift cheques. They’re blank. I haven’t signed them, so they’re not from me. You can put on here ‘I’ll give you breakfast in bed’ or ‘I’ll walk the dog.'”

However, Martin went on to say: “I’ll give you that special massage you like.”

In a Carry On-style voice and with a cheeky glint in his eye, he said: “Oh no matron.”