Eamonn Holmes was forced to leave the Good Morning Britain set during an interview earlier today after being overcome with an irritating cough.

The 58-year-old stand in presenter tried to soothe his hacking and wheezing off camera by sipping a drink as host Kate Garraway chatted with comedian and children’s author Julian Clary.

But after a few moments Eamonn seemed to realise he couldn’t clear his throat properly without spluttering over Kate and Julian’s words, deciding to vacate the studio to avoid interrupting the interview any further. 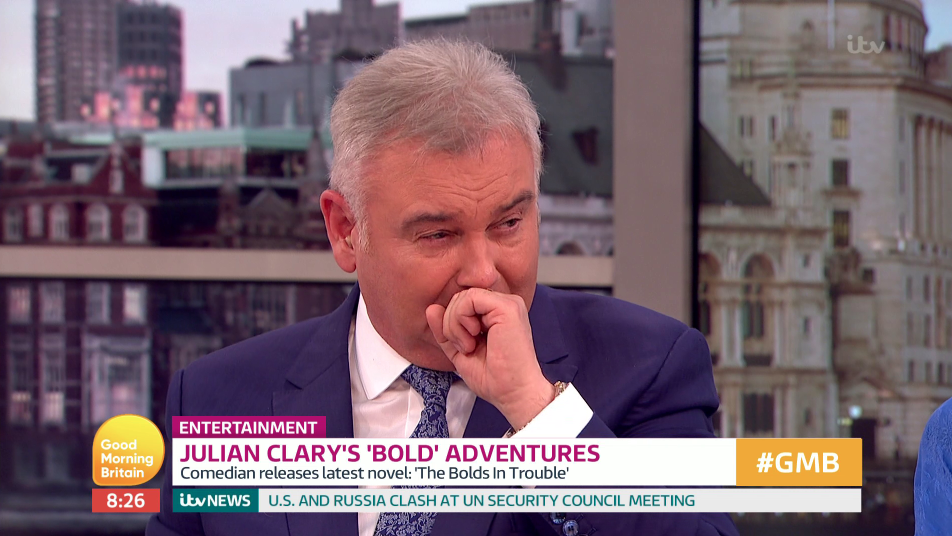 Glancing off camera at the broadcaster, Julian stopped talking about his latest book to remark: "I'm trying to talk while Eamonn is coughing away."

Moments earlier, Kate paused what she was saying to turn to Eamonn to and ask: "Are you alright, are you with us?"

But it turned out Eamonn wasn’t entirely alright, croaking an apology as he covered his mouth with his hand and continuing to cough. 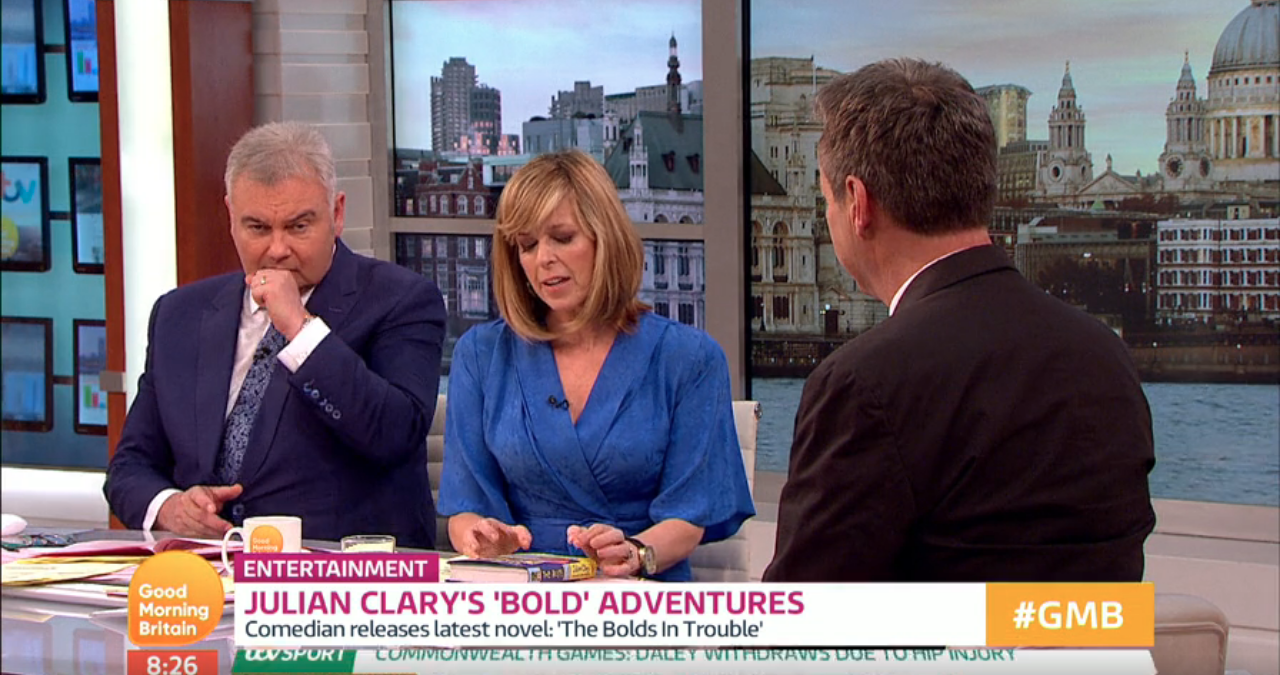 "I'm sorry mate, I've got one of those air conditioned coughs on the plane,” he explained to Julian.

"I think what I might do is leave and let you guys carry on."

A surprised Kate asked: “Really? Bless you, are you that bad?" 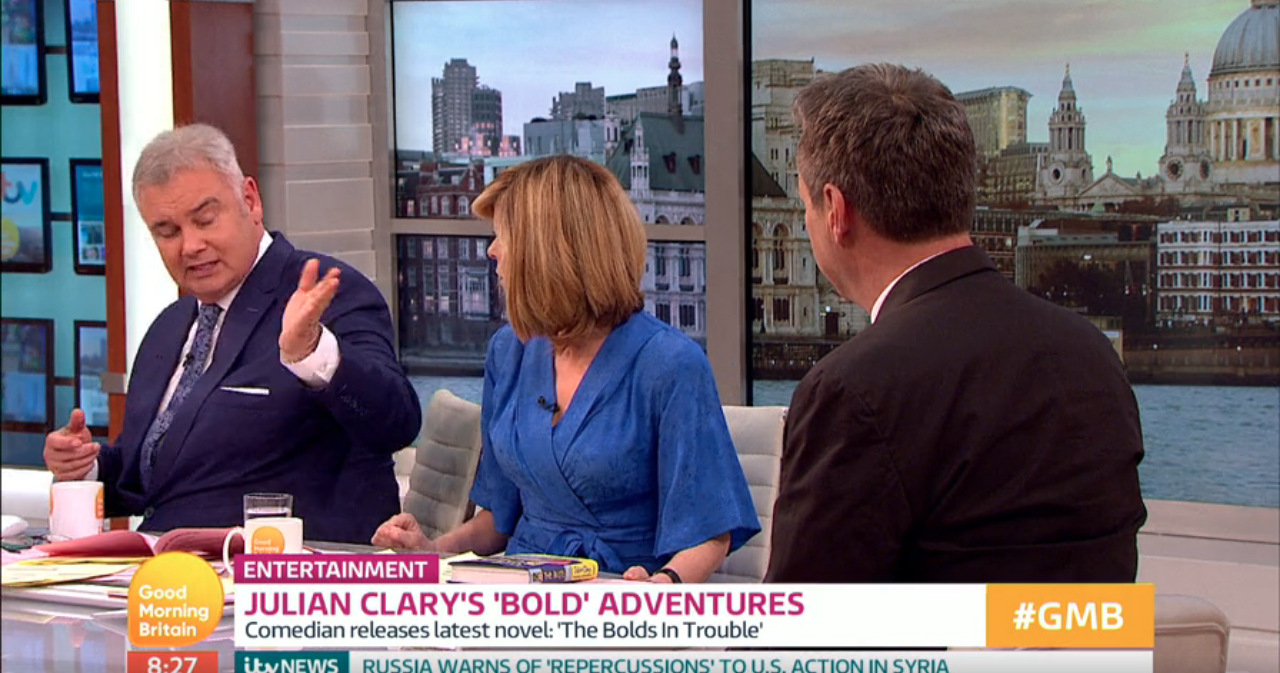 Swivelling in his chair, Eamonn managed to rasp before walking away: "Well, it's disrespectful.”

"Will he ever be seen again?" Julian joked to Kate and Charlotte Hawkins after a moment of stunned silence.

Kate cheekily replied: "Are you the man to finish Eamonn Holmes off, Julian?" 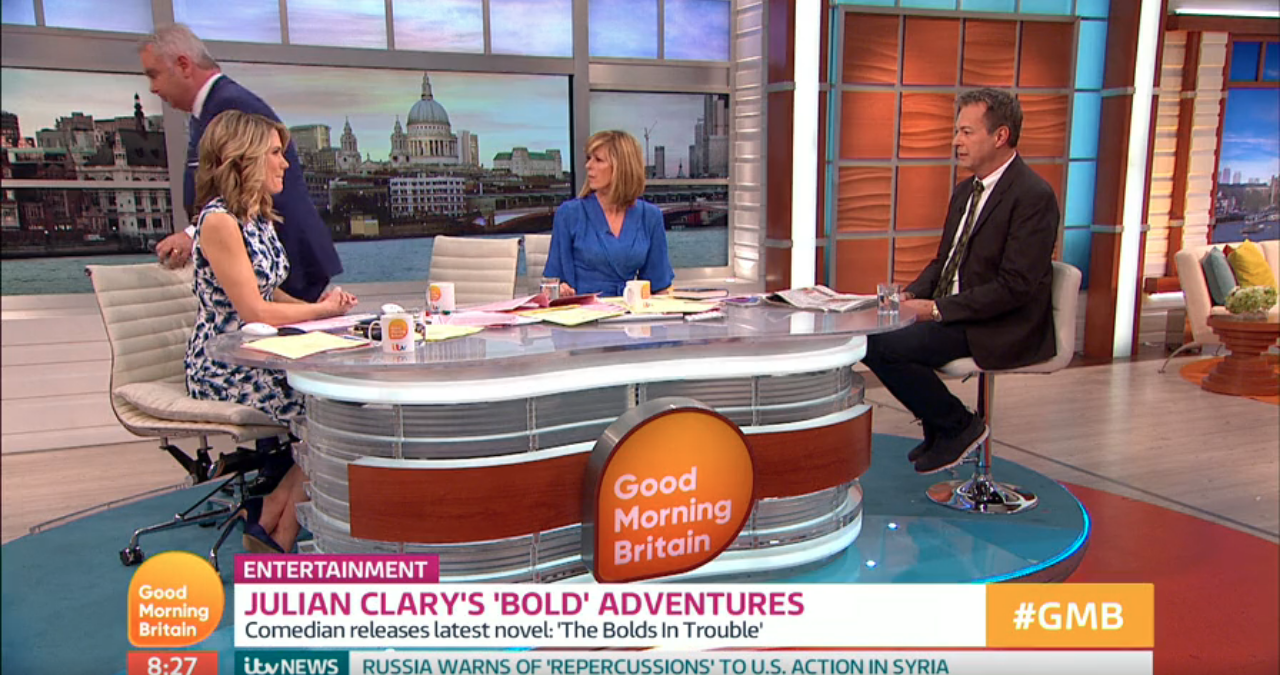 Not missing a beat, he answered: "As it were."

Eamonn did not return to appear in front of Good Morning Britain's camera but did push through his discomfort to present on This Morning only a couple of hours later.

Bizarrely, Eamonn's co host and wife Ruth Langsford also suffered a bout of uncontrollable coughing, walking out of a fashion segment on the ITV show.

Fashion expert Trinny Woodall exclaimed: "You’re having the same fit that Eamonn had this morning!:

Get better soon Eamonn and Ruth!