The incident followed a news update from Charlotte, 42, that featured a giant clock. Co-hosts Kate Garraway and Ranvir Singh joked on air about presenter Piers Morgan - who is currently on holiday - needing it to get to work on time.

A crash, heard off camera, interrupted the link, and Kate, 50, said: "It's all kicking off over there." 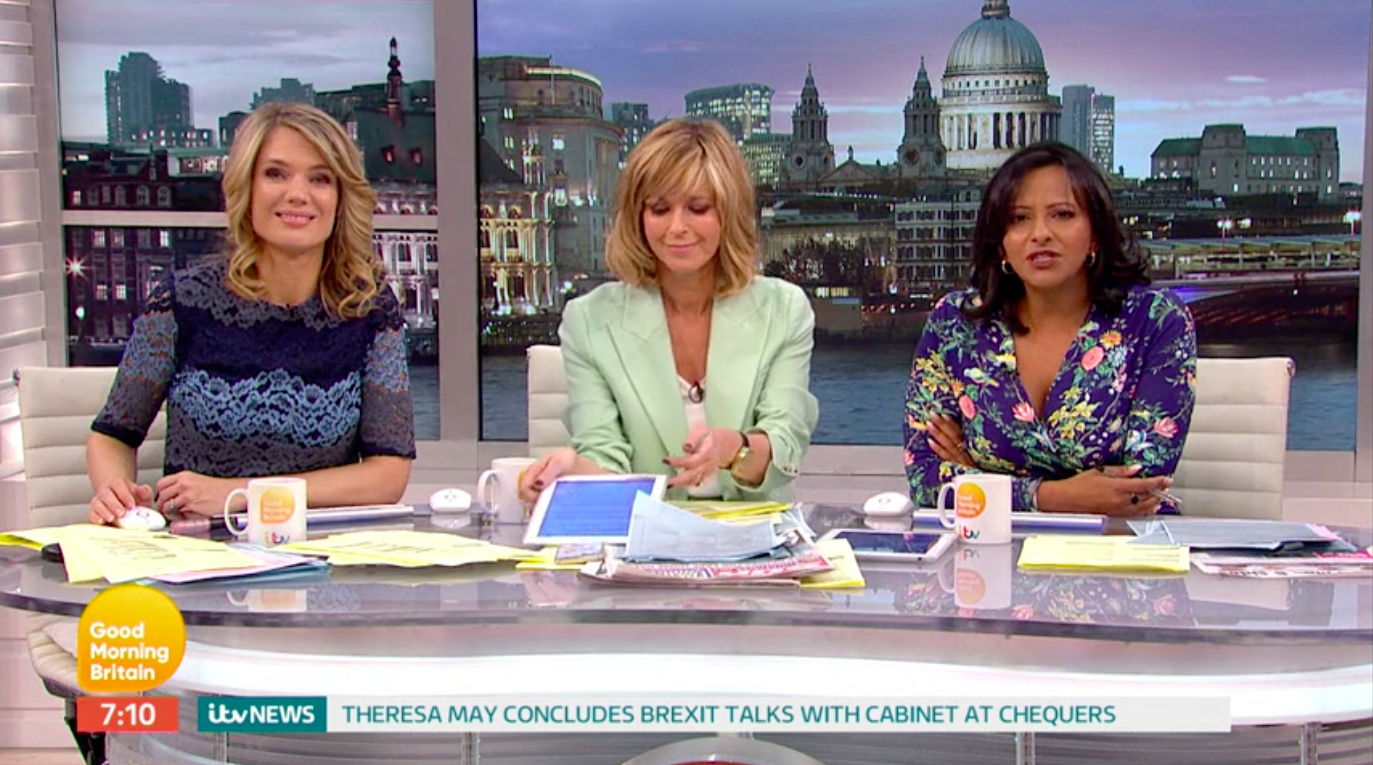 The three presenters were super professional despite the incident (Credit: ITV)

Revealing a crew member had walked into equipment, the veteran TV star added: "That's not something that's going to last forever, that camera. They've smashed into it."

It's all kicking off over there!

Charlotte added: "It's a bit of kit. Chaos in the studio! I'm not sure that's going to last." 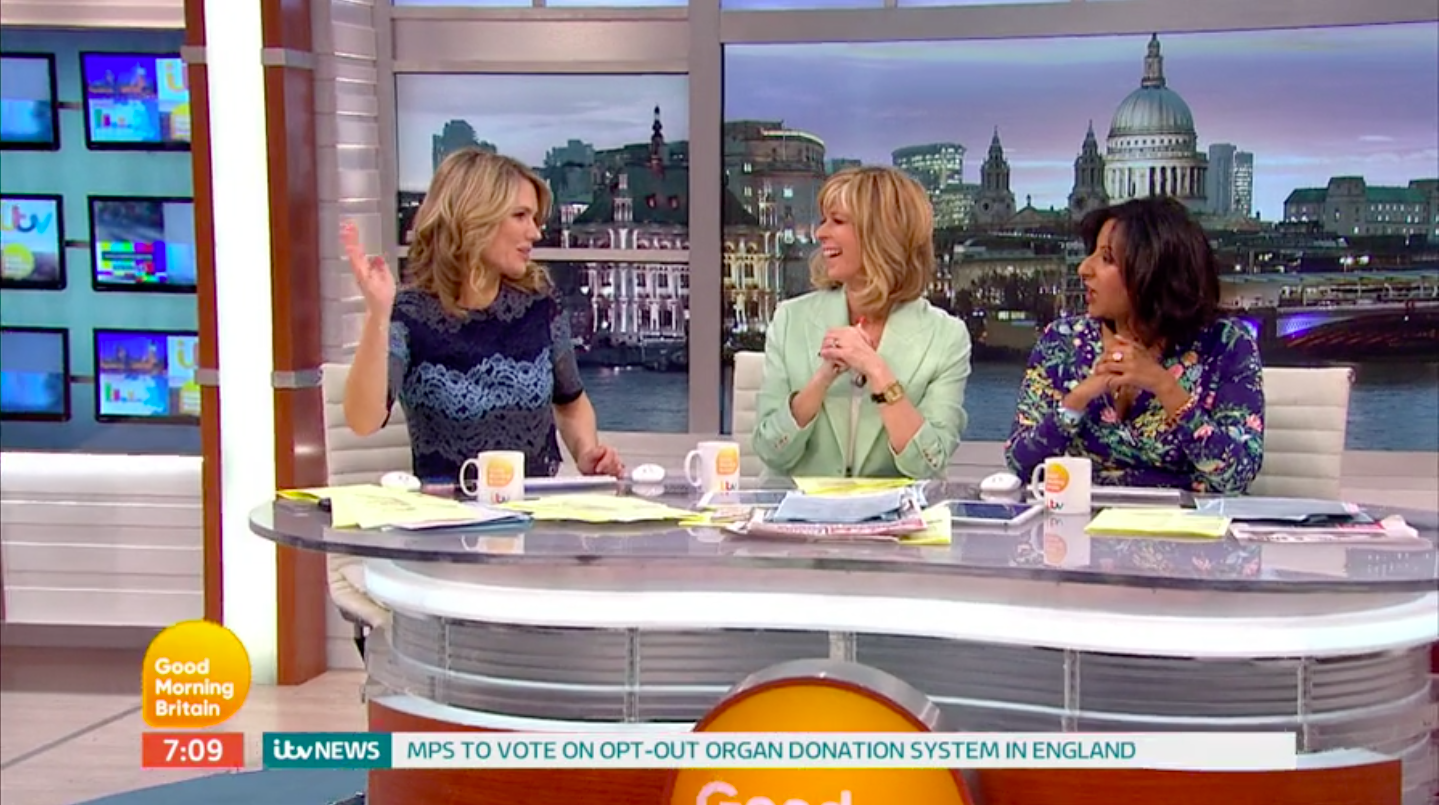 Meanwhile Ranvir, 40, looked like she was trying not to laugh.

It wasn't the only drama on the show this morning.

GMB weather person and Dancing On Ice contestant Alex Beresford, 37, told the presenters he didn't know what would happen in this weekend's show, after his partner Brianne Delcourt, 37, was forced to pull out of rehearsals. 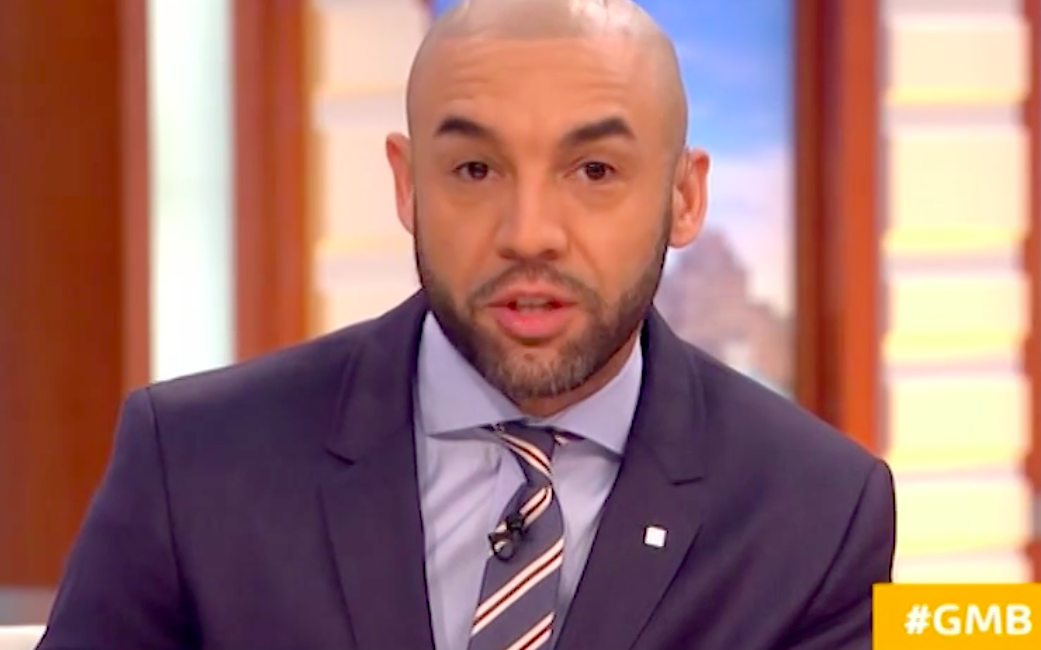 Alex admitted he didn't know what would happen this weekend on DOI (Credit: ITV)

He confirmed: "Brianne is ill. She's been ill over the last couple of days. She could only train for 45 minutes yesterday then she had to go home - she's fluey. She got home, she messaged me to say she felt better.

"But then I woke up this morning to a message she sent me last night, saying she's feeling worse again. So I don't know what's happening. 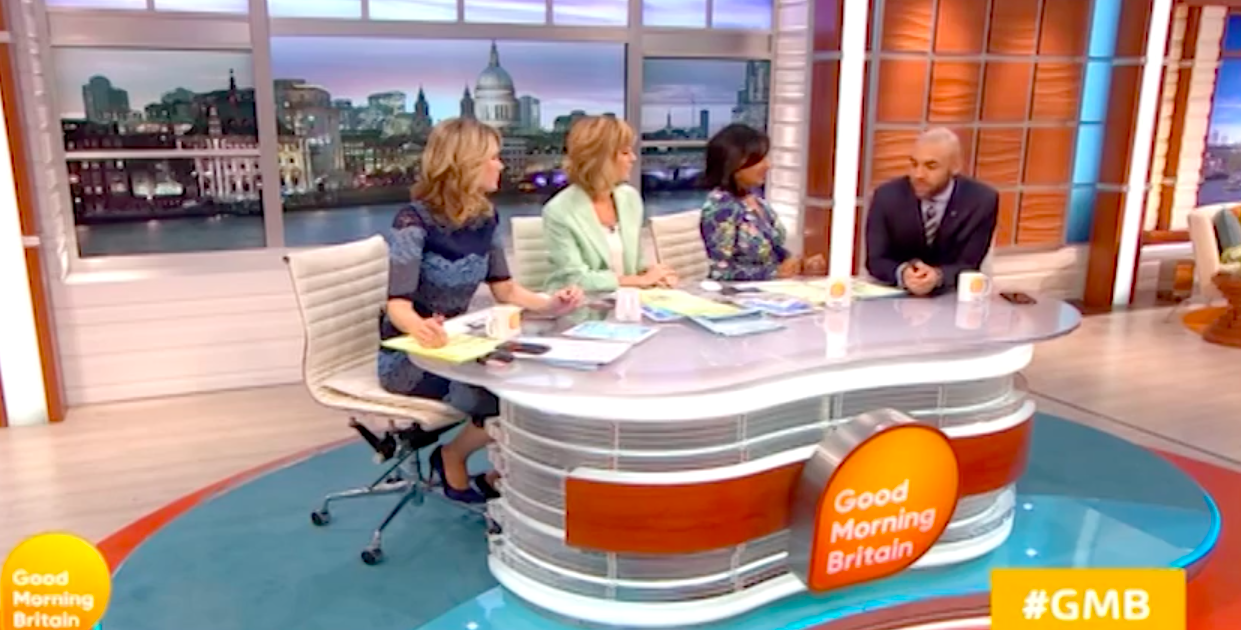 Alex is down to the final five in the competition (Credit: ITV)

"We've got a massive day, we've got three routines to do in the show on Sunday."

It comes as ITV confirmed fellow contestant Max Evans' partner Ale Izquierdo has dropped out of this weekend's show.

We're told: "Owing to illness, Max Evan's partner Ale will not be performing this weekend. He will instead be dancing alongside Brandee Malto."

Do you think the presenters handled the mishap well? Leave us a comment on our Facebook page @EntertainmentDailyFix and let us know what you think!