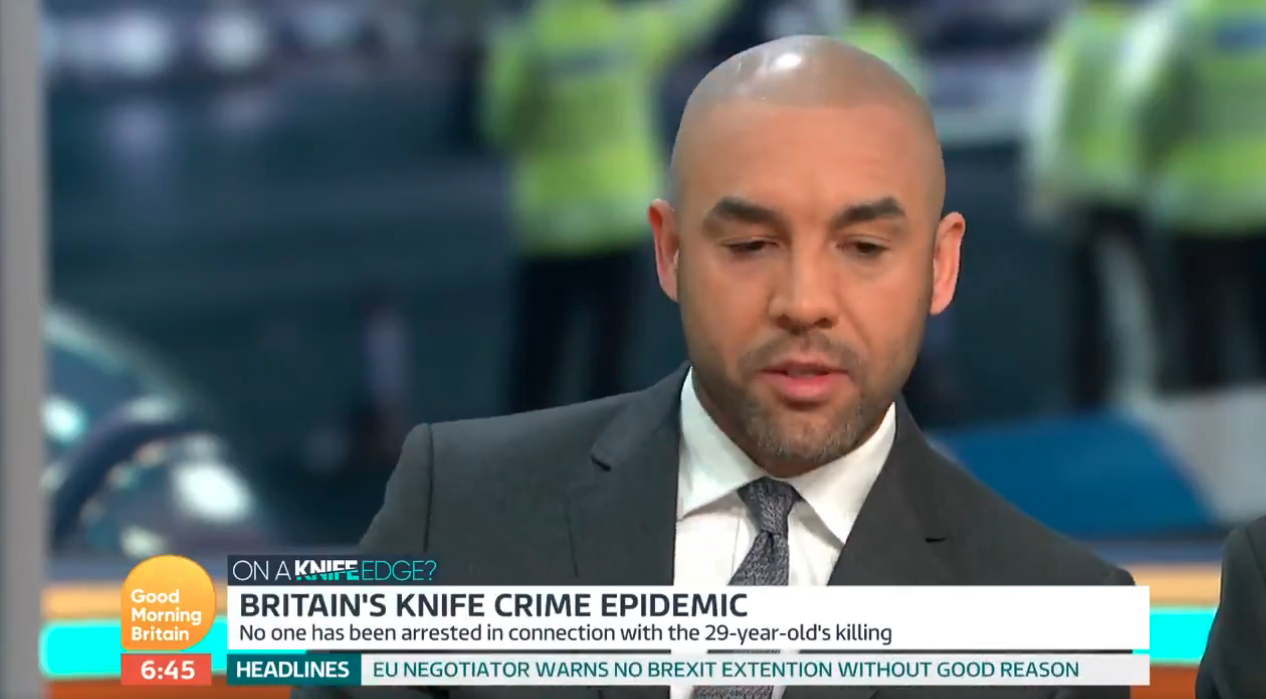 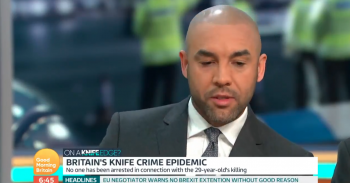 Grieving Good Morning Britain presenter Alex Beresford was hailed for his passion and composure as he returned to the ITV breakfast show earlier today for the first time since the shocking knife death of his cousin.

Nathaniel’s death came just days after Alex’s impassioned speech about knife crime on GMB – and the Bristol-born TV personality admitted he had been floored by the terrible irony.

Alex also emotionally detailed how those who knew Nathaniel could not believe he fell victim to a stabbing. It has been reported a single knife wound claimed his life.

No arrests have been made in relation to his death.

Weather presenter Alex continued: “It’s come as a big surprise it happened to Nathaniel because he’s 29, he’s not in a gang, he went to a decent school and a decent university.

Almost overcome, he added: “I can’t always find the words right now. Nobody wins. Everybody loses.”

As host Piers Morgan pondered how violent knife crime should be punished, Alex indicated the roots of the issue go far deeper than merely the need for deterrents.

“There are some that would be deterred by prison, but many of these boys – they’re prepared to give up their life,” Alex said.

“Guns are not as easy to come by. You can walk into your kitchen and pick up a knife.

“This person that has done this to my cousin, he’s also ruined his life. We need to fix this problem for both sides.”

Highlighting the many professional and personal successes of his closest friends, Alex railed against any preconceptions that may exist about knife crime being linked to race.

“I can see why people would look at it and see it was a black problem, but this is a problem up and down the country,” he said.

Alex continued: “We as the media need to dispel the myth that this is only a problem in the black community.”

Viewers were deeply affected by Alex’s return to the programme, with many thanking him for his reasoned and heartfelt words.

“Alex Beresford spoke so well on @GMB today. He needs to lead and make a difference to knife crime,” tweeted one person watching at home.

Another added: “Eloquent as ever Alex.  So sorry for your recent losses.”

A third said: “Such an eloquent gentleman. Despite the heartache of losing his cousin, Alex still speaks out about the options open to young men to succeed in life or not. He also previously said the authorities need to take action to ensure these opportunities are available to these young people.”

And a fourth remarked: “So very sad for Alex and his family. Love to them all but wow what a man you are the way you talk about this subject with passion and such true caring in your voice. GMB should use your voice and genuine passion on this subject xx.”

‘Nobody wins. Everyone loses.’

Just days after his impassioned plea on knife crime, @alexberesfordTV‘s cousin Nathaniel was stabbed to death. He speaks out on how authorities can curb knife crimes to prevent needless deaths like Nathaniel’s. pic.twitter.com/qC9Qg46MA3