The 58-year-old host brought up the former TV personality as he reflected on a clip from Sir David Attenborough's upcoming documentary on the Queen with fellow GMB presenters Kate Garraway and Charlotte Hawkins.

As Charlotte noted the special showed the Queen at her most relaxed in Sir David's company, Eamonn made a bizarre digression claiming she was not entirely comfortable sitting for the Aussie artist who was released last year after serving nearly three years in for jail for 12 counts of indecent assault.

"Yes, because she wasn’t that relaxed with Rolf Harris. And who would blame her?" Eamonn wondered aloud as Charlotte shrugged.

He continued: "When he came in to paint a portrait she was quite stony-faced."

Kate piled in and asked an equally odd question about the style of Harris' painting, referencing the 88-year-old's doodling in Rolf's Cartoon Club - a series he presented in the late 1980s and early 1990s for Children's ITV.

This is not a subject to joke about.

"Did he do one of of those cartoon 'can you see what it is yet?' things with her?" she pondered about Harris' sketches.

Eamonn replied, almost as an aside, before introducing Christine Lampard for the next segment: "He used to do a whole lot of things, but anyway, that’s a whole other question..."

The eye-opening remark left Kate smirking and glancing off camera but Charlotte seemed much more awkward as she bit her lip. 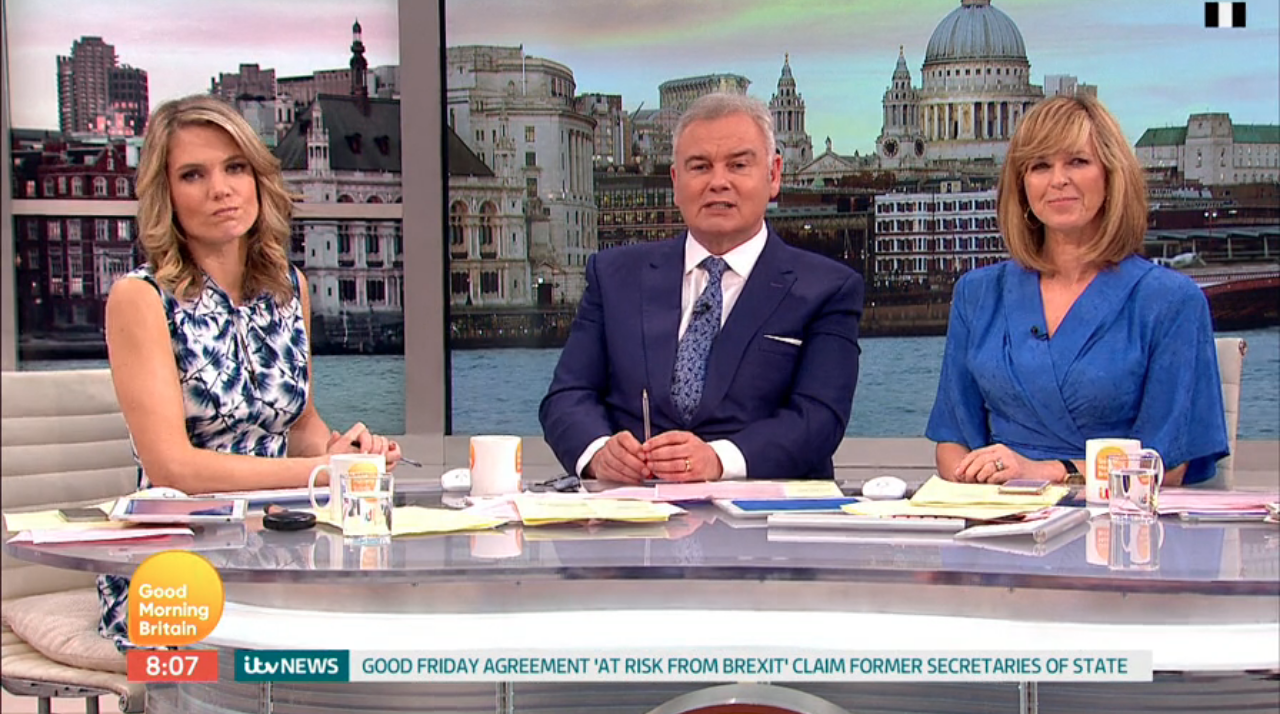 Eamonn's remark about Rolf Harris seemed to come out of nowhere (Credit: ITV)

"This is not a subject to joke about," tweeted @Jade_BP.

Another viewer used a GIF of Kanye shaking his head to suggest show bosses backstage might not approve of Eamonn's comments.

Eamonn Holmes talking about Rolf Harris on @GMB producers are like this behind the scenes 👇 pic.twitter.com/wpkYiVPTgw

@GMB did @EamonnHolmes really make a joke about Rolf Harris? Seriously bad taste. This is not a subject to make a cheap joke about

However, some fans did enjoy Eamonn's jibe, even though their use of emojis hinted they may have thought he crossed a line by mentioning Harris.

What do you make to what Eamonn said? Too much or 'who cares?' - have your say by leaving us a comment on our Facebook page @EntertainmentDailyFix!