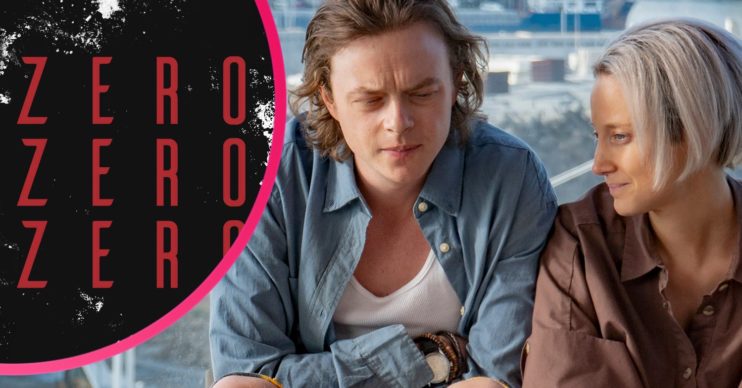 ZeroZeroZero is the latest crime drama to hit Sky Atlantic.

Adapted from Roberto Saviano’s 2013 non-fiction book, the acclaimed miniseries depicts a look inside the narcotics trade.

It tells the story of the New Orleans-based Lynwood family and their brokering of drug deals between the Mexican cartels and the Italian mafia.

But who are the main cast members of ZeroZeroZero?

The Irish actor has starred in classic films including Excalibur, The Usual Suspects, End of Days and Hereditary.

He’s also produced several films, including Academy Award-nominated In the Name of the Father.

Read more: Who is actor Jonas Armstrong – Jason in The Drowning – married to?

In 2019, he starred in the TV adaptation of War of the Worlds.

Gabriel has three children. He is married to his wife, Hannah Beth King.

The English actress has starred in numerous well-known movies throughout her career thanks to her talent.

As a result, she scored roles in films such as Never Let Me Go, W.E., Oblivion, and the Oscar-winning Birdman.

Critics also praised her performance as Margaret Thatcher in TV movie The Long Walk To Finchley.

In fact, her portrayal helped her bag herself a BAFTA nomination.

The American actor has starred in numerous big budget movies throughout his career. They include blockbuster The Amazing Spider Man 2 and horror flick A Cure For Wellness which is currently on Netflix.

He also starred in the short-lived Quibi mini-series The Stranger last year.

Will there be a ZeroZeroZero season 2?

The first season of ZeroZeroZero holds a 91% rating on RottenTomatoes.

The review aggregator calls the series “an addictive thriller whose greatest weakness is that it is at times too withholding, ZeroZeroZero will stick with you long after the credits roll.”

So the question remains, will there be a second season? Sadly, this doesn’t seem likely too happen.

The plan was always for ZeroZeroZero to be a limited series.

However, that doesn’t mean all hope is lost.

As a result, series two was eventually green-lit by the broadcaster. There’s always a chance the same thing could happen with ZeroZeroZero.

ZeroZeroZero airs on February 4th at 9pm on Sky Atlantic