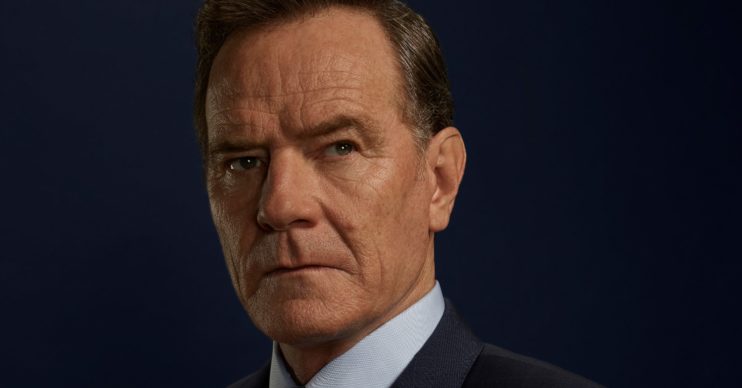 Your Honor on Sky Atlantic: Who’s in the cast alongside Breaking Bad’s Bryan Cranston?

The crime drama begins this week!

Bryan Cranston is back on our TV screens for the first time since Breaking Bad and this is something to celebrate – but who else is in the cast of Your Honor?

And what is the new crime drama about?

Read more: What happened at Chernobyl? Is it safe now? Can I still watch HBO drama?

Your Honor on Sky Atlantic: What’s it about?

Bryan Cranston plays a respected judge in the new drama.

He’s thrown into a moral dilemma when his son is involved in a hit and run incident.

Judge Michael Desiato tries to protect his son, believing he can keep him safe if he tells no one.

However, it soon becomes clear that the accident victim is a member of a crime family that plans to dish out its own brand of justice.

Widower Michael wants to protect his son but is torn between doing the honourable thing.

He is led into a high-stakes game of lies, deceit and impossible choices.

It’s a 10-part series by Peter Moffat described as a “morally complex legal thriller that rips through all levels of New Orleans society”.

Bryan makes his return to television in his first leading role in a series since Breaking Bad.

He portrayed anti-hero Walter White in the hugely successful TV series which ran from 2008 to 2013.

The 65-year-old has been acting for more than four decades, but it was his award-winning role as the unlikely drugs kingpin that made him a household name.

Previous to that, Bryan’s most recognisable roles were arguably as Tim Whatley in Seinfeld, and Hal Wilkerson in Malcolm in the Middle.

He’s since appeared in the films Godzilla, The Infiltrator and the 2019 Breaking Bad spin-off movie El Camino.

He’s starred as Vince in Sneaky Pete, Titanium Rex in SuperMansion and even played The President in The Stand.

The young actor has been on our TV screens since 2012, and appeared in a small role in Westworld in 2018.

He’s since starred in the Cagney and Lacey TV film, and played Teenage Warren in the TV series Truth Be Told from 2019 to 2020.

The American actress, 56, has starred in films such as About Schmidt in 2002 and American Splendor in 2003.

She has received two Emmy Award nominations, for her 2009 television roles in the series In Treatment and in the film The Special Relationship.

Michael Stuhlbarg stars as gangster Jimmy Baxter – who seeks his own justice when his son is involved in a hit-and-run.

The 52-year-old actor rose to prominence as troubled university professor Larry Gopnik in the 2009 dark comedy film A Serious Man.

He’s since appeared in numerous films and television series portraying real life figures, such as George Yeaman in 2012’s Lincoln, Lew Wasserman in Hitchcock  in 2012, and Andy Hertzfeld in Steve Jobs.

Most notably, perhaps, he portrayed Arnold Rothstein in HBO’s Boardwalk Empire between 2010 and 2013.

Stuhlbarg’s other notable supporting roles include in Men in Black 3, Blue Jasmine, Arrival and Doctor Strange.

He also appeared in the third season of Fargo in 2017.

Carmen, 47, portrays Lee Delamere in Your Honor – and she’s a Brit!

London-born actress Carmen is best known for her roles in such films as Metro, The Avengers, Love’s Labour’s Lost, Selma, Fantastic Beasts and Where to Find Them and Fantastic Beasts: The Crimes of Grindelwald.

She also starred in TV series including Kidnapped, Zero Hour, The Girlfriend Experience, True Detective and the Netflix limited series Self Made.

The 29-year-old actress plays Frannie in your Honor.

She is known for her television roles, such as Tea Marvelli in Skins, Sage Spence in Gossip Girl and Andrea Cornish in The Night Of.

She also starred in the 2015 film Project Almanac and the 2016 film Viral.

She’s known for her role as Sarah Pfefferman on the Amazon comedy-drama series Transparent between 2014 and 2019.

She’s also appeared in films Dan in Real Life, A Serious Man, All Is Bright, Project Almanac and Beatriz at Dinner.

He has appeared as Vincent Van Gogh in Doctor Who, Roots, and the Netflix historical epic Outlaw King.

Tony also appeared in the BBC television series This Life.

Since then, he has appeared in a number of film and television roles, including Rodney Skinner in The League of Extraordinary Gentlemen.