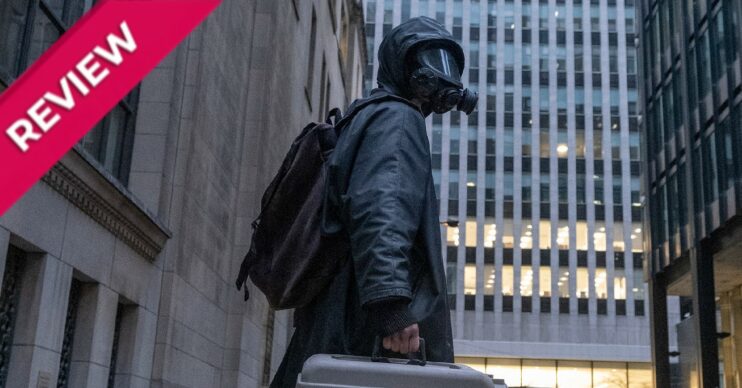 Y: The Last Man review: Is long-awaited comic adaptation worth the wait?

What would really happen if women run the world?

NOTE: This Y: The Last Man review is based on the first three episodes available for consideration at the time of publishing.

Who run the world? Well, in Y: The Last Man, it literally is girls – or at least anyone with an X chromosome.

Set in a dystopian future not unlike the world we’re in now, the series follows a group of survivors after an unexplained phenomenon means everything with a Y chromosome dies suddenly and simultaneously.

It’s the start of the end of the world – with every animal and creature on Earth suffering the consequences. World leaders are suddenly six feet under, powerful businesses face collapse and essential facilities have no one running them.

It’s up to women to step up quickly and steer the ship. Although without a cure or a way to breed, humanity’s days are numbered.

However, one biological male remains – amateur artist and escape artist Yorick, who alongside his pet monkey Ampersand, somehow remains alive.

As he tries to figure out how and why he’s survived, Yorick’s dragged into the world of politics, where Jennifer Brown has unwittingly become President after the death of her predecessor, and all of those in line before her.

She does have support in her efforts, however – particularly by a mysterious agent known only as Agent 355, who seems more clued in than most about the inner-function of the government than most. She has a laser-focus with her job, even when civilisation is collapsing.

Throw in a concoction of subplots, including a mother grieving the loss of her husband, son and father as a result of the mystery cull, and there’s more than enough to play here.

The first three episodes set up Yorick’s journey and the bigger picture. However, it also is a little sporadic. Introducing such a large ensemble cast within such a short amount of time makes things difficult to grasp.

But once it settles into itself, that’s when you really start to get to the meat of the story. And that’s when it begins to excel.

Y: The Last Man was trapped in development hell for the best part of 10 years. Initially a comic book, this grim tale was picked up quickly for a film. Unfortunately, due to people coming on/off projects, rights issues and our very own pandemic means it’s only now seeing the light as a series.

It means that before they even start, there was an anticipation for this series. Hopefully, it lives up for it. Like comic books, it pays a lot of attention to the detail of world-building. But in a world where speed is often of the essence, it’s a lot to ask of a viewer to invest their time as it’s such a slow burner.

Thankfully, it is at least worth it, and by the end of episode three, you’re all the way in, wanting to know more.

Is Y: The Last Man worth the watch?

Y: The Last Man gives dystopia a not-to-distant-future twist and will reel you in quickly.

The first two episodes are a little slow, but stick with it. Every world-building element has its place and by the start of the third episode, things fall into place.

Diane Lane has one of her best roles in years as the sudden President, with Ashley Romans’ mysterious 355 an enticing character and performance to match.

In fact, if we were to look for a weak link, it would likely be with the last remaining man: Yorick.

Here’s hoping the future episodes give him some more direction going forward.

Y: The Last Man launches September 22nd on Disney Plus, and airs weekly.