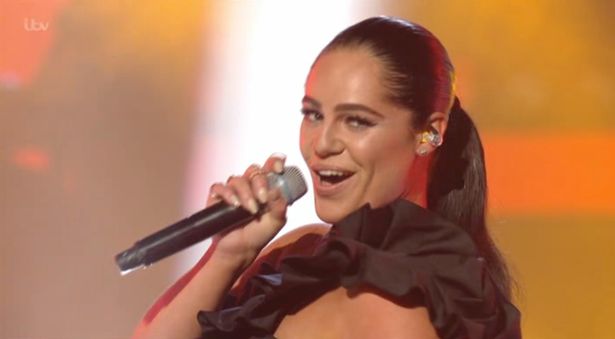 The mum from Surrey got the devastating diagnosis two weeks ago

Tracyleanne Jefford, who starred on The X Factor, has been diagnosed with cancer, according to reports.

The mum from Surrey, who took part on the show in 2017, was told the devastating news two weeks ago.

According to The Sun, the singer has basal cell carcinoma (BCC) on her nose, and will soon have to endure an operation to try to remove the cancerous cells.

Tracyleanne, 35, will have some of her nose removed in an attempt to rid her body of the dangerous cells.

A source close to her told the newspaper: “She was diagnosed with cancer on her face a couple of weeks ago.”

They continued: “She’s got to go for another op in two or three weeks.

“They’ll basically take away parts of the nose and rebuild it.”

Basal cell carcinoma is the most common form of skin cancer, and can be treated effectively when caught early.

However, if left untreated, it can leave the face permanently damaged.

Tracyleanne competed in the Over 28s category, which was mentored by Nicole Scherzinger.

She was eliminated in week two of the live shows, finishing in 13th place.

The single mum, who has had her own success as a singer since leaving the show, has not mentioned her diagnosis on social media.