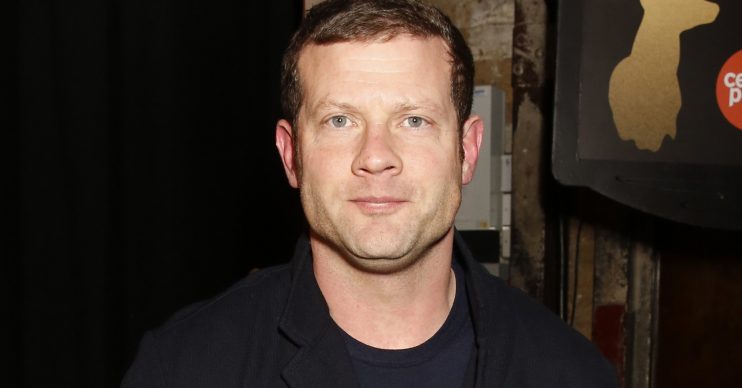 Dermot O’Leary has announced an exciting new project outside his hosting duties on ITV’s The X Factor.

The presenter, 46, revealed plans to launch a new podcast series in which he will carry out “thought-provoking interviews” with celebrities “from all walks of life”.

According to Digital Spy, Dermot’s new hour-long show with spoken entertainment platform Audible – set to air weekly under the brand People, Just People – is something the star has had in the works “for some time”.

He told the publication: “I’m thrilled to finally announce this podcast – it’s something we’ve been working on for some time now.

“Named after the legendary Howard Cosell’s warm-up for Frank Sinatra’s Madison Square Garden concert in 1974, People, Just People is born out of curiosity to find out more about the lives of individuals I greatly admire, how they got to where they did, the highs and lows that shaped that journey, and what they’ve learned along the way.

“It’s basically a fire side, pub chat – I hope everyone enjoys listening to it as much as we did making it.”

The show will boast interviews with guests including former Labour leader Ed Miliband and Sherlock actor Andrew Scott, with its debut episode centred on a live interview with producer John Lloyd of Blackadder and QI fame.

In June, Dermot said he is returning to host a revamped version of The X Factor, confirming he will be back on our screens when the show makes a comeback later this year.

The hit singing competition is reportedly returning with a celebrity and all-stars special after boss Simon Cowell vowed to revamp the format.

Dermot has presented the talent competition every year since 2007 except 2015, when singer Olly Murs and Love Island host Caroline Flack stepped in

As reported by Metro, Dermot was recently asked if he will present the specials and replied: “Back this year, yes. That’s as much as I know.”

He went on to admit that he wasn’t surprised by the shake-up and said he still loves being at the helm of The X Factor, for which he has “a great fondness”.