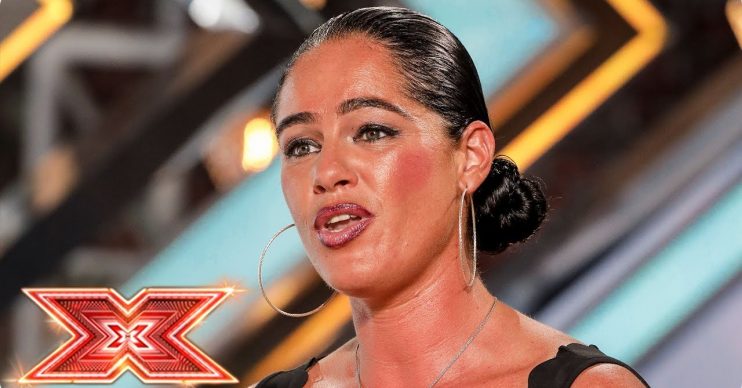 The reality star, who took part in the show in 2017, was diagnosed with the skin cancer in April and says she faces an operation to remove a 10p size lump from her nose and months of reconstructive surgery, fearing she will be ‘scarred for life’.

She told The Sun: “I struggled with my appearance for years.

“Having a bit of colour made me feel good about myself. It gave me more confidence.

“So I was going on the sunbeds every single day for about 15 minutes. When I look back it, I say to myself, ‘How foolish were you?'”

Tracyleanne said she would have a sunbed session for 15 minutes every day and got addicted.

She first noticed something was not right a year ago but ignored it. As the growth worsened she showed her sister the lump on her nose who told her to go and see a doctor about it.

On hearing the devastating news the mother-of-three suffered a nervous breakdown as she had lost family members to cancer.

Tracyleanne is now trying to come to terms with the potential damage to her face following procedures to remove cancer and said doctors have warned her she’ll be scarred for life.

She also called on the government to give strong warnings on the danger of using sunbeds.

“If I had seen pictures of skin cancer at the sunbed shops, like lung cancer on cigarette packets, I would’ve thought twice.”

The singer who was represented by Nicole Scherzinger in 2017 in the over-28s category, originally auditioned for X Factor in 2006 but underwent a remarkable transformation, losing five and a half stone after divorcing her husband.