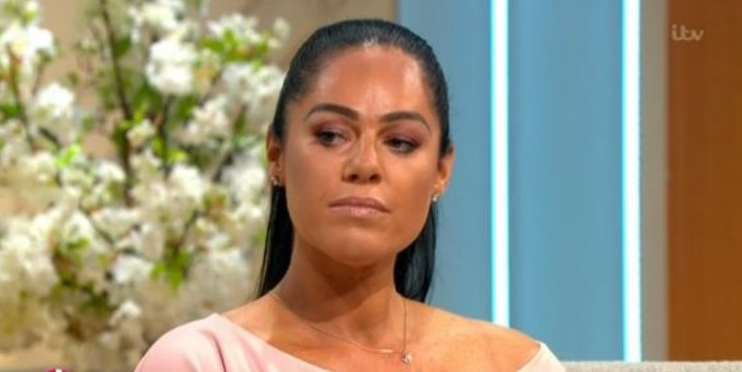 She was diagnosed in April

Former X Factor star Tracy Leanne Jefford has issued a stern warning about the dangers of sunbeds after she was diagnosed with skin cancer.

In April, the aspiring singer was told she had a form of skin cancer called basal cell carcinoma (BCC).

Tracy, who appeared on The X Factor in 2017, spoke out about her harrowing ordeal during an interview on Lorraine today (July 30).

Tracy says she first noticed the signs when a mark appeared on her nose.

She admits she “abused” her skin and has begged people to put on Factor 50 whenever they leave the house.

“I put my hands up. I abused my own skin by not protecting it. You need to put factor 50 on as soon as you walk out that door,” she said.

Tracy spoke candidly to presenter Christine Lampard, who is filling in for Lorraine Kelly during her holiday.

Tracy, who was joined by Dr Hilary Jones on the Lorraine sofa, continued: “As soon as I heard the word ‘cancer’ I ran out one way, my mum ran out the other way because we have lost so many family members to it.

“I thought I was invincible. I used to look at ladies in the paper that had been diagnosed with skin cancer and it would say it was through sunbed abuse.

“I’d look at them and I’d think, that is so sad – but I’d still carry on thinking it wouldn’t happen to me.”

She explained she initially noticed the lump on her nose 18 months ago and at first a doctor told her it was nothing to worry about.

Tracy revealed it was her sister who insisted she go back for a second opinion and a biopsy when the lump became raised.

Mum Tracy has now had the lump removed and feels she has been given a “second chance” in life.

The X Factor star says she has shared her story in the hope of spreading awareness for others.