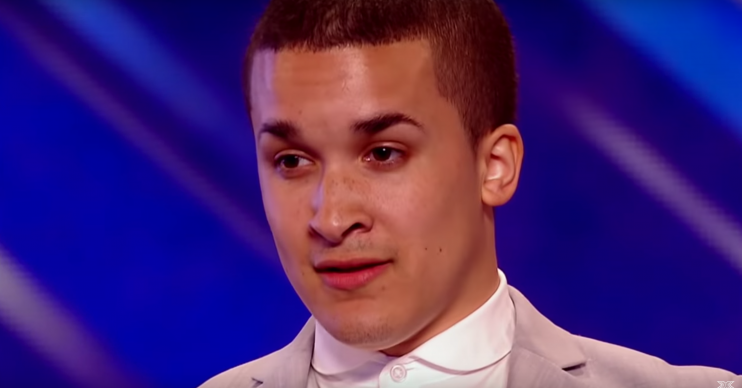 Former talent show contestant Jahméne Douglas has advised singers not to go on The X Factor, according to a report.

The 2012 runner up is reported by Mirror Online to have said that the ITV flagship series is not a true singing show – and that TV bosses were more interested in his back story than his voice.

Now 28, the ex Asda worker enjoyed a number one-hit with his debut album.

But it seems the Birmingham-born star has regrets about opening up on his past and personal issues – and believes he ‘lost sight’ of himself during his telly experience.

X Factor X Posed Pt.1 I have so many stories to tell, so many questions to answer … it’s time to speak my truth and take back my narrative. After recent events I can no longer be quiet. Video dropping tomorrow at 8:00pm in a live premiere youtube chat. Got any questions you want answered, head over to the premiere tomorrow! . . . (Set yourself a reminder via the link in my bio.) #xfactor #jahmene #exposed #TV #Truth #storytime #trailer #videooftheday #video #instagood #instagood

In a new YouTube video entitled X Factor Xposed, Jahméne is said to have claimed: “X Factor isn’t a singing competition, it’s a reality TV show, I realised when I was on it, I was like, ‘They didn’t care about my singing, they care about the story behind you’.”

Describing it as a ‘mixed blessing’, Jahméne is reported to acknowledge his X Factor experience helped him learn a lot about the music profession.

Would I recommend X Factor to a singer singer? No.

He reflected: “It’s like a crash course in the industry.

“Traumatising? Yes. Would I recommend X Factor to a singer singer? No. I’d recommend it to someone if you’re into pop and you want to be famous.”

But earlier this afternoon, Jahméne tweeted that the headline on the Mirror website article was “misleading” for the fact it linked his advise in his video with being dropped by his label, which he said happened “years ago”.

He clarified: “I’m sharing my experience so people have more insight to inform others.”

ED! has approached representatives for Jahméne and X Factor for comment.

Earlier this month it was reported X Factor will not return to TV screens this year.

‪I am heartbroken at this news!‬ Caroline, Thank you for always sharing your genuine smile, heart, big hugs & cheeky laugh with me. I knew you to be a beautiful sweetheart with the kindest words and so full of life!‬ Sending prayers & love to the family.‬ ‪Love You @carolineflack x‬

Boss Simon Cowell is said to have decided to “rest” the series for the next 12 months, meaning there will be no new episodes in 2020 for the first time in 16 years.

Plans to “reinvigorate” the show come after 2019 saw two new versions of the franchise – X Factor: Celebrity and X Factor: The Band – hit screens, though neither format proved hugely successful with audiences.

However, a spokesman for Britain’s Got Talent and The X Factor has said plans for the show’s future have not yet been “finalised”.

Launched in 2004, X Factor has helped rocket the likes of One Direction, Little Mix, Olly Murs, James Arthur, and Leona Lewis to the top of the charts.