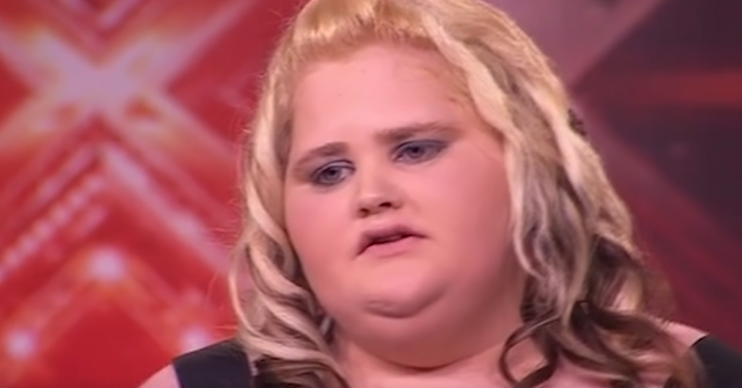 The star, 30, appeared on Thursday’s edition of the show to talk about how she’s dropped the pounds with host Lorraine Kelly.

Read more: This Morning viewers urge Holly Willoughby to ‘sack the stylist’ after another ‘granny’ outfit

She said: “I’ve done it all myself, no one’s pushed me to do it.

“I wasn’t healthy, I was always out of breath. [My] asthma was getting worse, I was diabetic as well.”

She continued: “I’ve cut out potatoes, pasta, rice and changed it to veg… and I’ve changed portion sizes. I walk about six miles on the weekend with the kids.”

But Emma said she still wants to lose more weight and is hoping to get down to 12 stone.

Speaking about her X Factor journey, Emma said: “I had good and bad from that show. The good thing is we did a show with you, lost weight, but then I had death threats and bullying online.”

I’ve done it all myself, no one’s pushed me to do it.

When asked how she dealt with the online abuse, Emma said: “I talked to family and friends and ignored them, I just blocked them.

“I still get negatives, people saying, ‘You’ve had a gastric band.’ And I haven’t.”

Speaking about her future, Emma – who works as a child minder – said she’s not sure if she would go back into singing.

I’ve cut out potato, pasta and rice and changed it to veg, it’s all about portion size.’
Emma Chawner became a victim of online trolling due to her weight after her X-Factor audition in 2007. Since then, she’s lost 13 stone and shares her tips on how she lost weight.🥦#Lorraine pic.twitter.com/2XmKMEezO8

She said: “I do [still want to sing] but I don’t think I want to go down that road. I still sing in the shower and in the car.”

Viewers were impressed by Emma’s weight loss and praised her on Twitter.

Watching #EmmaChawner on #lorraine. She seems like a lovely kind woman. Emma you look fab too. Keep singing and enjoy life.

#lorraine much respect to Emma Chawner. Looking great. You will achieve your goal. Xx

Watching #Lorraine and Emma Chawner of The X Factor 2007 Auditions is on,she looks so much different & working hard,doesn't let the trolls get to her either. Well done lass! 🙂👏🏼