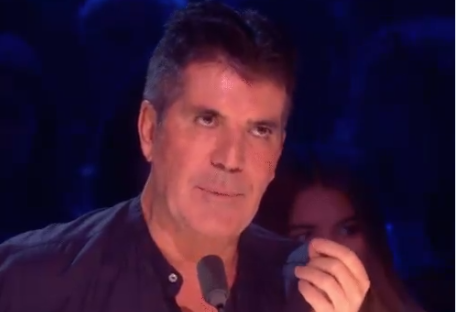 No Love Lost with this decision...

Martin Bashir and No Love Lost have been axed from The X Factor: Celebrity.

The 56-year-old journalist – who became famous for interviewing the late Princess Diana – was the first to get the boot after he failed to pull in enough votes from the public following his rendition of Frank Sinatra’s That’s Life on Saturday (09.11.19).

No Love Lost were forced to go head-to-head with the Latino girl group V5 – made up of Sofia Oliveira, Alondra Martinez, Laura Buitrago, Natalie Valerin and Wendii – in the Sing Off after the two groups found themselves in the bottom two.

Despite the judges loving both performances, Louis Walsh and Nicole Scherzinger decided to send home No Love Lost – comprised of Samira Mighty, Zara McDermott, Wes Nelson and Eyal Booker – because they had been less consistent.

Louis said: “This is one of the hardest decisions I’ve had to make on X Factor – like ever… both of them are incredible.

“I don’t know who to pick. I don’t want to send anyone home but I’m going to send home No Love Lost.”

Nicole added: “I respect both of these groups so much …

“I have to go with the group that I’ve loved week after week consistently so the group I’m sending home is No Love Lost.”

However, Simon – who was mentoring The Groups – was devastated to see one of his acts go and decided to add a new element into the show so that one of the booted contestants would be in with the chance of returning to compete in the final.

He explained: “I tell you what we’re going to do…

“No one has agreed to this but when we get to whoever is going to be the final I’m going to put a public vote to put whoever is the most popular loser into the final.

“So even though you’re out, you’ve still got a chance to get into the final.”
Viewers were not impressed with Simon for changing the rules.

Simon Cowell was banking on riding the love island wave. Cause Love Island is popular with the youth. So naturally, when the love island group gets knocked out, cause only one of them can sing, he invents a ‘lifeline.’ smh. It’s so transparent #xfactor pic.twitter.com/N7TkG3bqu5

Simon just bends the rules to suit his acts #Xfactor

What’s the bet Simon has only just come up with this vote for bringing someone back just because both his acts are in the bottom 2? Yes it’s his show, but the format manipulation every 5 minutes is terrible. No wonder it’s failing. #XFactor #XFactorCelebrity

Simon making the rules up as the show progresses is embarrassing. Each week is another nail in the coffin. #XFactorCelebrity #XFactor

Simon making the rules up as the show progresses is embarrassing. Each week is another nail in the coffin. #XFactorCelebrity #XFactor

Simon making up the rules as he goes again. Sigh. #XFactorCelebrity #XFactor pic.twitter.com/LCNMHB7A6l

Even if they don’t make it back on the show in a few weeks’ time, No Love Lost – who met when they took part in ‘Love Island in 2018 – want to stay together.

Samira said after the band was booted off: “This experience has been absolutely amazing. I’m doing it with my best friends … All our dreams have come true.

“We’re going to keep on going because I think we have so much potential.”

Tonight’s show got off an exciting start as the first three contestants to perform – Kevin McHale, Max and Harvey and Vinnie Jones – all received the Safe Card so they were all instantly immune from the vote off and put through to next week.

That meant that the rest of the contestants had to work extra hard to impress the public – and Try Star, Jenny Ryan and Megan McKenna did just that.