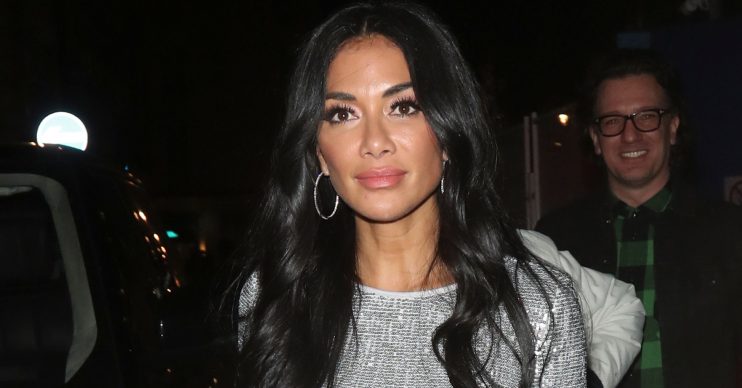 The X Factor judge put on a raunchy display

Nicole Scherzinger was criticised by X Factor: Celebrity viewers last night after she got very up close and personal with Louis Walsh.

The talent show judge stood over a seated Louis and pushed her breasts towards his face – and it left viewers less than impressed with her raunchy display.

Many took to Twitter and said they didn’t think the move was appropriate, suggesting there would be uproar if Nicole was a man and had done something similar to a woman.

One disgruntled viewer wrote: “Nobody bats an eyelid at Nicole forcibly motorboating a fellow judge. Just imagine the furore if a male judge thrust his schnangus into her face. It would be career ending. #CelebrityXFactor.”

Another vented: “Why does Nicole always have to be so sexual? Stuffing her boobs in Louis’ face #CelebrityXFactor #XFactorCelebrity.”

A third tweeted: “I realise I am probably the only person in on a Saturday watching xfactor but why the [bleep] does Nicole keep sticking her [bleep] in Louis face?”

Why does Nicole always have to be so sexual?

And a fourth wrote: “Umm Nicole rubbing her boobs in Louis’ face… is that ok?! Imagine if Louis rubbed his bits on her face! #CelebrityXFactor.”

And yet another viewer concluded: “It was a bit too much, it’s a kids show.”

Although Louis looked taken aback by the move, it seemed to completely pass by an unaware Simon Cowell, who was seen standing and clapping during the scene.

Meanwhile Nicole, who dated Lewis Hamilton for years, has just been linked to one of X Factor Celebrity’s own contestants.

According to a newspaper report, she has been secretly dating rugby play Thom Evans, who is competing in the band Try Star.

The source claims: “Thom was smitten early on – he’s always said Nicole is one of the most beautiful women in the world. ‘He fancied her long before meeting her on the show.

“He was initially a bit nervous about starting something up and ruining his chances on the series, but they had great chemistry from the off.”

What did you think of Nicole’s actions? Tell us what you think on our Facebook page @EntertainmentDailyFix.