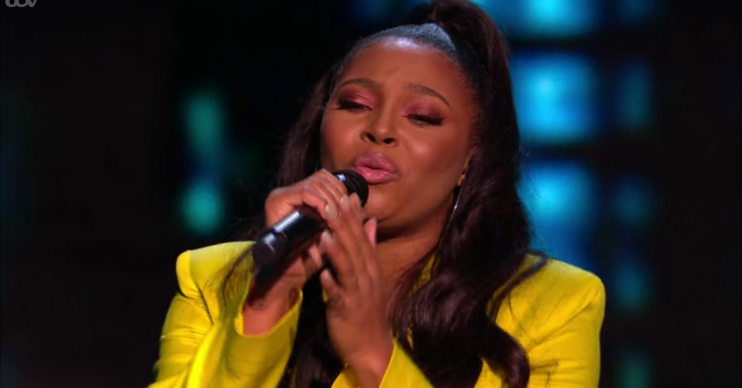 Viewers watching Saturday night’s X Factor: Celebrity have accused some of the acts, including the Love Island group, No Love Lost, of miming.

The band, made up of Wes Nelson, Samira Mighty, Zara McDermott and Eyal Booker, sang Sorry by Monsta Boy.

After watching their performance, X Factor fans flocked to Twitter with their opinions about the vocals.

“Love Islanders miming?” one asked, while another tweeted that they were “miming in the sing off”.

While a third wrote, “‘Put Your Money Where Your Mouth Is’, how about just putting the mic to where your mouth is, Samira? Miming like crazy and not even doing it well.”

“Another week, another miming session for V5?” another tweeted.

And someone else tweeted: “Very close to being done with @thexfactor.. Can we PLEASE STOP the miming. What the [expletive] are V5 doing!”

ED! contacted The X Factor for comment and a spokesperson responded: “This is categorically not true. All of the acts sang live on Saturday night’s show.”

The Love Island group faced similar accusations on last weekend’s show when they sang the Charles and Eddie classic Would I Lie To You.

‘Put Your Money Where Your Mouth Is’, how about just putting the mic to where your mouth is Samira?

Miming like crazy and not even doing it well. #XFactorCelebrity #XFactor #LoveIsland

Are they miming on #xfactor

No Love Lost were eventually eliminated from last night’s show along with Martin Bashir.

The Love Island group had to battle it out with V5 in the sing off, but Louis and Nicole ended up voting for V5.

Well, we certainly lost a LOT of love tonight as we bid farewell to these four. But with @simoncowell’s last minute twist, will they be back for the Final? 💔 #XFactorCelebrity #XFactor @nolovelost

“Dermot honestly, this is one of the hardest decisions I’ve ever had to make on X Factor ever,” Louis said before choosing to keep V5.

While Nicole said: “For me I have to go with the group that I loved every week so consistently.”

However, Simon – who was mentoring The Groups – was devastated to see one of his acts go and decided to add a new element into the show so that one of the booted contestants would be in with the chance of returning to compete in the final.

He explained: “I tell you what we’re going to do…

“No one has agreed to this but when we get to whoever is going to be [in] the final, I’m going to put a public vote to put whoever is the most popular loser into the final.

“So even though you’re out, you’ve still got a chance to get into the final.”

The decision led to some X Factor fans calling the show “a fix”, with one tweeting after the result: “What a shame No Love Lost has gone home. What a fix…”