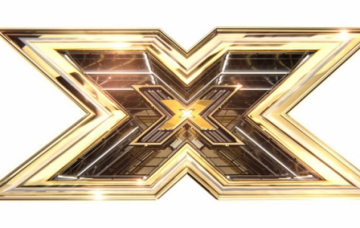 The show must go on!

X Factor viewers will have the chance to see all 12 acts perform again this evening after technical problems blighted Saturday’s show.

Now an emergency plan has been put together to ensure the show can go on with a fair vote-off.

A spokesperson for the show told ED!: “Each of last night’s performances from our 12 contestants will be played out in full on tonight’s X Factor before the public vote opens.

“This follows the sound issues on part of last night’s show.”

Last night on Twitter, the show apologised to fans for their “technical issues” which led to them closing the public vote during the Halloween special.

It wrote: “We apologise for the technical issue that affected the sound on part of tonight’s episode of The X Factor. We are investigating why this happened.

“We can confirm Saturday’s public vote has been cancelled and will instead open in Sunday’s show at 8.30pm on ITV.”

The sound issues began soon after Danny Tetley took to the stage to sing Queen’s Who Wants to Live Forever and continued through his critique from the judges and into Anthony Russell’s performance of Demons by Imagine Dragons.

A message on the screen, where the contestants’ voting numbers would usually be displayed, read: “Due to a technical issue, tonight’s vote has been cancelled. It will open in tomorrow night’s show.”

Viewers took to Twitter to complain about the problems, saying it wasn’t fair on the contestants affected.

Now the show have confirmed all the performances will be repeated tonight without any sound issues, before viewers can then vote for who they would like to leave.

The sing-off will then take place as usual.

As a result of the change to the usual format of the show, it may run around five minutes longer than scheduled.

Will you be watching and voting on tonight’s X Factor? Leave us a comment on our Facebook page @EntertainmentDailyFix and let us know what you think!