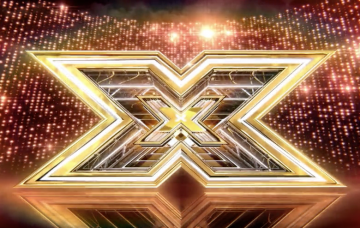 Singer has known the woman since school

The 28-year-old Liverpudlian sent inappropriate messages to the woman who asked not to be identified, despite her repeatedly asking him to stop, according to the Sunday People.

It comes after Anthony, who has won an army of fans with his astonishing vocal skills, had to quit last year’s show because of drug use, which he has since overcome.

He said he had known the mum since their schooldays and hadn’t intended to cause offence.

The mum, 28, who is in a long-term relationship, told the paper: “He’s out of order. I told him at least three times to stop but he just kept on sending them. It was disgusting.

“When Anthony first sent me the sex video I nearly dropped dead because I’m quite prudish. It’s disrespectful to women and vile.

She told him that children had access to her phone and could stumble on the alleged lewd messages.

Speaking to the Mail Online, Anthony apologised and said: “Myself and this girl have known each other since we were at school 20 years ago.

“We got back in touch and both exchanged mobile phone messages over the summer and I had dinner with her at her house in September.

“I’m sorry if I’ve upset her or caused any offence, that was obviously never my intention. We were last in contact last month and everything was friendly then.”

Anthony was praised by judges and viewers on The X Factor’s Big Band Week last night, singing Beyond The Sea, the same song he performed when he first auditioned on the show 11 years ago.

Mentor Louis Tomlinson told him: “I’m so proud of you.

“I thought it was important that you sing this song tonight cause people see how long you’ve been fighting for this opportunity.

“You’re a fighter, you’re a real man, you’re working class, and I love you to pieces.”

The X Factor is on ITV tonight at 8pm.

Who’s your favourite X Factor contestant? Leave us a comment on our Facebook page @EntertainmentDailyFix and let us know what you think!