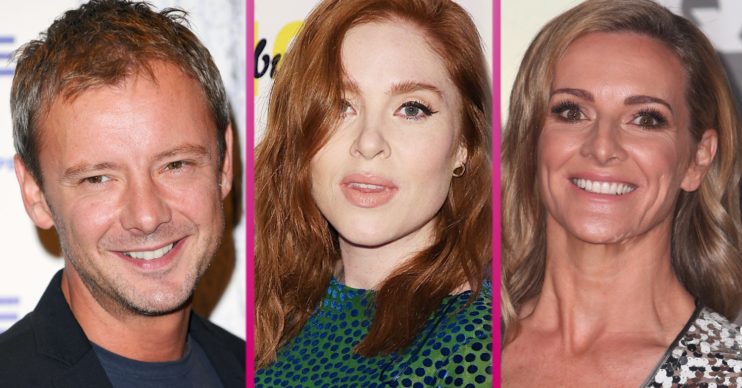 Would I Lie to You: Who is on the BBC One show tonight?

This week's set to be a corker!

Would I Lie To You is back tonight with a fantastic line-up.

Find out more about these stars and who else is appearing below….

Gabby, 47, is a television personality, presenter and podcaster. She currently hosts the podcast The Mid Point which has featured major guests such as Tess Daly, Jimmy Carr and Russell Brand.

While speaking to Health & Wellbeing, Gabby says she thinks the future of women’s sports is brighter than ever.

She explained: “The world of women’s sport is dramatically different to the one it was 10 years ago. I think women’s football is leading the way in terms of professionalism, salaries and opportunities in branding and marketing, which has trickled down to help other sports.

“There are a lot more opportunities now and hopefully it will continue to follow that trajectory because it’s really important for young girls to see role models and to see possibility that my generation certainly didn’t.”

Chris, 43, is a comedian and actor. You may recognise him as Rudi in the CBeebies show Me Too!

He is blind due to retinitis pigmentosa. He often jokes about his blindness during his stand-up comedy routines.

In a past interview, he revealed: “Years and years ago when I was quite new to comedy, I remember walking out on stage and doing a first joke that broke the ice about being blind, when somebody in the audience shouted out pantomime style, ‘We’re behind you!’ It was very funny.”

Angela, 37, is an Irish television presenter. You may recognise her from her hosting The One Show or for her numerous Irish shows such as Oi Ginger!.

She worked as a magazine journalist prior to her hosting and presenting career.

While speaking to The Sun, she says she’s learned to love her bright red hair.

She explained: “I love my hair, it’s part of my identity but it has definitely been a journey and something I had to fight for.

“When I was a kid it felt a bit special. I’m one of four girls and three of us have red hair, so if we went on holidays we were like the travelling circus!”

John, 50, is an actor best known for his lead role in Life on Mars and for playing The Master in Doctor Who.

His break-out role was back in 2002 as Bernard Sumner in 24 Hour Party People.

Last year he starred in the crime drama Cold Courage, and he is set to reprise his role as DSU Roy Grace in the upcoming series of Grace.

Despite his huge success, he says he still struggles with anxiety from fame and can find Dr Who fans overwhelming.

While speaking to The Telegraph he said he once considered faking a heart attack to avoid going on stage.

He said: “I seriously considered faking a heart attack so I wouldn’t have to go on. I had thought it all through. They would have to send the audience home. In the ambulance I could apologise for the fuss and say I felt better.”

However, once on stage he remained a true professional and the show went on.

Who are the team captains?

The team captains are David Mitchell and Lee Mack.

What time is it on?
Would I Lie To You? is on BBC One at 8.05 pm.
After it initially airs, it will be available to stream on BBC iPlayer.
Will you be watching? Let us know on our Facebook page @EntertainmentDailyFix.

BBC would I lie to you