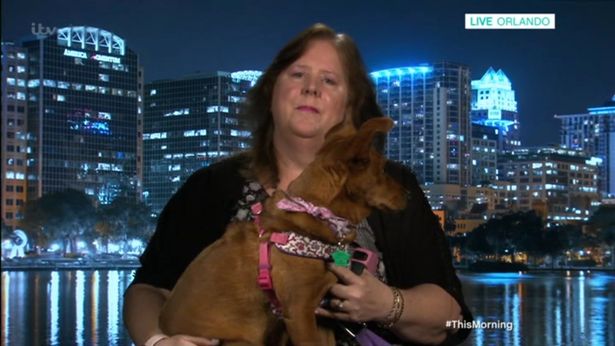 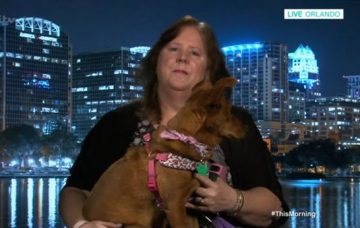 A woman has spoken about her desire to be cryogenically frozen after her death.

And she doesn’t plan to be alone in the freezing cold afterlife, as she wants to take her pet dog with her, too.

In an interview with Eamonn Holmes and Ruth Langford on This Morning (Friday 1 March), Debbie Fleming told the incredulous hosts that she’d like the chance to come back from the dead if possible – something you can’t do if you are buried or cremated.

The woman from Orlando, Florida, revealed that she regularly visits her dad, who has also been cryogenically frozen.

She desperately wants the same for herself and her rescue Corgi, Sherry.

Appearing via video link from America, she told Eamonn and Ruth she was inspired by her dad who was cryogenically frozen when he died.

Explaining that she visits him often, she described him as being in a huge cylinder “you can’t see through” with a number of other bodies hung upside down.

She said: “Who knows what’s gonna happen in a couple of years from now with nano technology.

“Robots will be able to go in an fix whatever was wrong with you.”

She went on to say that she loves her pet pooch so much, she wants to freeze her too, meaning they could be reunited alongside her father in the “second life”.

Debbie insisted that she wasn’t consumed with thoughts of being frozen but said that she thought the idea “would be nice”.

The process, she admits, is costing her thousands of dollars.

“It’s a nice concept,” she said. “My dad always said that if you get buried or cremated there’s a zero chance of coming back.”

That dog wanting to make run for it

Not sure that the dog is as keen #ThisMorning

Told ya, dog owners are mentalists. Being frozen with her dog??? Suppose it’s her cash to do with as she wants. Still a mentalist #thismorning

Dog doesn't look too happy about it #ThisMorning

Viewers weren’t really feeling Debbie’s bizarre plan, especially after the dog jumped off her lap and disappeared from sight.

One said: “What rights has that dog got? What if he doesn’t want to be frozen? #ThisMorning.”

Another said: “No wonder the dog jumped off her lap, probably thinking [bleep] this I’m outta here, I don’t wanna be stuck with this crazy lady! Typical American.”

A third said: “The dog doesn’t want to be with her now, never mind frozen with her for all eternity (or until family decide to thaw them and bury them instead of paying for them to be kept frozen) #ThisMorning.”

Now us Brits are known to be a nation of animal lovers, but Debbie’s certainly gone one step beyond…

Would you be cryogenically frozen if you had the money? Leave us a comment on our Facebook page @EntertainmentDailyFix and let us know what you think!