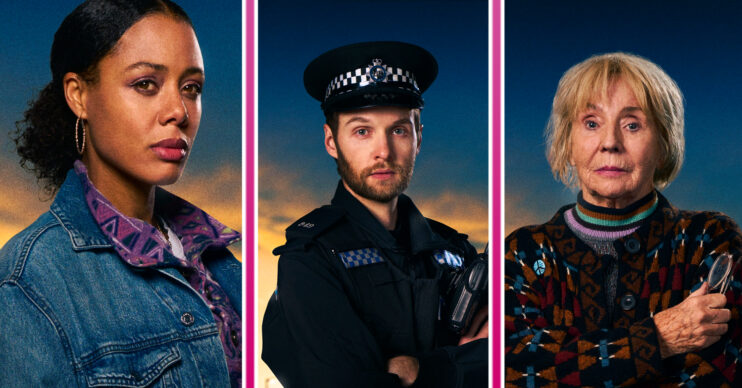 Witness Number 3 on C5: What’s it about, how many episodes is it, and how can I watch it?

It's going to be an edge-of-seat thriller!

Witness Number 3 is the latest thriller coming to Channel 5 this week, and the episodes go out over consecutive nights.

The mini-series is full of suspense, and has a great cast to boot.

So what’s the show about, who’s in the cast, when does it start and how many episodes are there?

We answer all your questions here…

Read More: Who is in the cast of Emmerdale 2022? Meet this year’s full line-up

What is Witness Number 3 on Channel 5 about?

The show centres around Jodie Parker, a single mum and owner of a hairdressers in London.

One day, she happens to witness what seems like an innocent situation…

But she soon finds herself as the most significant witness in a murder enquiry.

Unfortunately, the murderer is a gang boss, and Jodie finds herself facing a campaign of intimidation.

What begins with a series of strange text messages and memes to her phones builds to greater danger.

Her ordeal intensifies as a local gangs threatens Jodie and her young son Kyle (Cole Martin), as well as trashing her flat.

Sue Johnston, who plays Jodie’s mum, tells us that “the script is different”.

She says: “I’ve not seen this story anywhere before.

“It is a great psychological thriller and also it makes your heart pump.”

Nina Toussaint-White, who leads the show adds: “I think viewers will be completely drawn into Jodie’s relationship with her mum.”

She says: “This is a story of someone being proud and believing in where she’s from and fighting to the bitter end to up-lift it and protect it.”

But at what cost?

The cast of Witness Number 3 has a cast filled with recognisable faces from TV and film.

You’ll recognise her if you’re a soap fan.

The actress previously starred as Angie in Emmerdale, and as Syd in Eastenders.

Sion Daniel Young plays P.C. Ivan Barkas, who is assigned to protect Jodie when she becomes the significant witness.

He recently starred in the Channel 4 crime drama Deceit as Colin Stagg.

She recently starred in the American AMC drama Kin.

Ruaridh Mollica is Po, one of the local gang members terrorising Jodie and her family.

The Italian actor features in BBC’s Stonemouth and Red Rose, but this is his first big TV role.

Sue Johnston is Jodie’s mother Cathy, with whom she has a close-knit relationship.

Beloved for her role as Barbara in The Royle Family, she’s also known for her roles in Waking the Dead, Brookside and Downton Abbey.

He recently starred in the moving film My Name is Leon.

How many episodes are there in Witness Number 3?

Witness Number 3 is a four-part drama.

That is four hours of tension right there!

The next three episodes will air on consecutive nights at the same time.

So episode two airs on Tuesday July 19, episode three on Wednesday July 20, and the final episode airs on Thursday July 21.

You can binge-watch the whole series on My5 after Thursday night.

Yes, Channel 5 have shared a short 30-second teaser trailer for the show.

It doesn’t give much away but looks like a tense and exciting thriller!

In it, we hear a voice telling Jodie: “An eye witness testimony like yours could make or break the case.

“You are the difference between him going down or walking free.”

So does she do the ‘right’ thing and help the police, or does she put her family at risk?

Witness Number 3 starts on Monday July 18 2022 at 9pm on Channel 5, and continues every day until Thursday.

Will you be watching Witness Number 3? Leave us a comment on our Facebook page @EntertainmentDailyFix and let us know what you think of it.