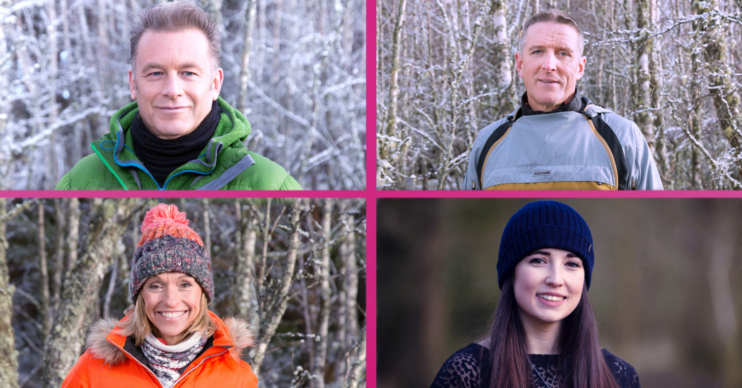 Back out into the wild with Chris and the gang

With live cameras and new locations, the new series of Winterwatch is back!

The eight-part series promises roosting egrets, eagles and footage from the marshlands.

But when it comes to capturing this amazing wildlife, where are the live cameras stationed?

And what are the locations for this series? Read on for the full lowdown.

Winterwatch cameras and locations: What’s happening in this series?

The series is once again presented by Chris Packham and Michaela Strachan.

And, this time, we get co-presenters and reporters Iolo Williams (returning after missing last year’s Winterwatch) and Megan McCubbin, also returning.

Read more: When did Chris Packham discover his Asperger’s? Who is his wife and daughter?

The BBC tells us that series regular Gillian Burke is unable to present because of prior commitments.

However, Gillian has recorded several films for the show, which will be seen throughout the series.

Where are live cameras in Winterwatch?

The series says it will have cameras in three wildlife hubs across the UK for the very first time.

Where Chris and Michaela are based, the show will use a fixed-rig daytime camera in order to witness and record activity from a huge array of birds.

There will also be cameras inside a beaver enclosure.

Over with Iolo, cameras will be trained on a deer carcass in order to see who – or what – won’t be able to resist the bounty in a time of scarce food.

Elsewhere, and with Megan the series has set up a rig hoping to capture footage from an egret roost and an otter holt.

Some 20 egrets have been spotted near to where Megan will be stationed, and the Winterwatch team says that judging by bird do-do at the foot of some trees there is likely to be activity there.

Chris and Michaela will be holed up at Wild Ken Hill in Norfolk.

Wild Ken Hill is a coastal farm in the west of the county and has a mission to restore nature, fight climate change and grow healthy food.

The project is also an expert in rewilding, and lets nature take over 25 per cent of their land.

Meanwhile, Iolo will report from the Isle of Mull.

Having visited there 30 years ago, Iolo is no stranger to the location, which lies just off the west coast of Scotland.

Part of the Inner Hebrides, the Isle of Mull is known as ‘Eagle Island’.

Iolo’s mission is to discover more about the island’s population of Golden and White-tailed eagles.

Elsewhere, Megan is at WWT Castle Espie in Northern Ireland.

Situated on the banks of Strangford Lough in County Down, the wetland centre is a pioneer when it comes to saving threatened wetland wildlife.

Megan will be looking at the endangered European Eel, as well as hedgehogs and the barn owl – whose numbers are struggling in Northern Ireland.

With this little lot, there are plenty of elements for nature lovers to enjoy.