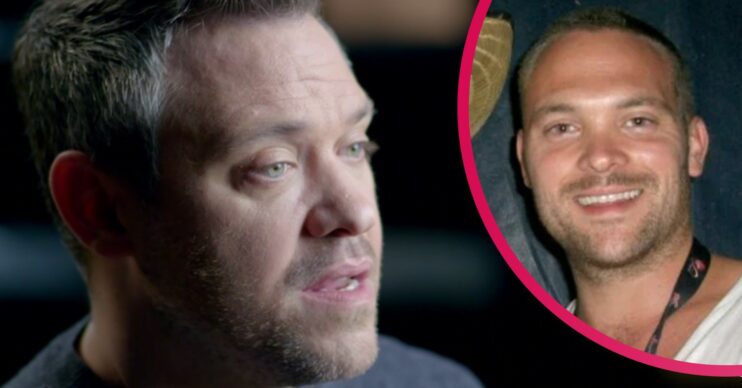 Will Young: Losing My Twin Rupert – 4 most heartbreaking moments in documentary

Will Young documentary My Twin Rupert left viewers moved as the Pop Idol winner opened up about losing his brother.

The powerful Channel 4 film aired last night (Tuesday May 10). It explored the grief and pain of losing a loved one to addiction and many of those watching at home shared how they had experienced similar family sadness.

Will’s twin brother Rupert took his own life in 2020 aged 41. Singer Will explained Rupert’s 20-year struggle with addictions to painkillers and alcohol had not previously been his story to share.

But he also noted how the anxiety and depression Rupert felt was there long before dependence consumed him.

Here are some of the most heartbreaking moments shared by Will in the documentary.

Will Young: My Twin Rupert

Towards the start of the documentary, Will asserted his still is, rather than ‘was’, a twin.

He explained with wry smiles how Rupert had revelled in his brother’s pop success and, even though they were very different, they were always best friends.

But the manner in which Will had to care for his brother in his final years was also introduced early in the documentary.

Read more: Will Young: What has he said about the death of his twin brother? How did he die?

Will went on to recall how Rupert, following a period of sobriety, turned to alcohol after the end of a relationship. He also moved in with Will.

Will said: “I can’t remember why they broke up but I do think then he went back into drinking. From the time he started to live with me from 2016, he would drink about 40 beers a day.

Will also spoke about how Rupert would sometimes pass out on the streets in the last months of his life.

Furthermore, he indicated his brother’s decline also saw him ask others for money.

“Towards the end, he was knocking on neighbours’ doors in the morning asking for money,” Will said.

“He was passed out outside a newsagent.

Rupert had become a person that was on the street.

“He had become a person that was on the street.

“I don’t judge those people actually. I feel great empathy for them because that is Rupert, that’s what he became.”

‘There was nothing more that I could do’

Will also opened up about the agony of knowing Rupert may not survive on his own after he was kicked out of the singer’s home.

“I had to be okay with that,” Will said.

“With everything that I had done to try and help him… I knew there was nothing more that I could do. I hadn’t got to that stage before but I reached that stage.”

It was Sunday and I answered the door and there were policemen standing there.

Will continued by recounting how the terrible news of Rupert’s passing was delivered to him.

He said: “It was Sunday and I answered the door and there were policemen standing there.

“I said: ‘He’s killed himself hasn’t he?’ That was the first thing I said.

Star Will admitted: “That brought a whole load of grief, that I couldn’t save him.”

‘He drank all day’

Will also pondered whether the death of Rupert’s beloved pet dog Lola had any influence in his death.

He noted how Rupert’s drinking escalated following Lola’s passing, just weeks before his own.

“It was like her and Rupert were one,” Will said.

“Rupert always joked that when Lola died he would go on the biggest bender ever but when she died it was really dreadful.

“He never explicitly said ‘I will leave this Earth when Lola leaves this Earth’. But Lola died end of May 2020 and he died in July 2020. At the end he would be drinking for 24 hours a day.”

Many viewers had deeply emotional reactions to the film. And many shared on social media how they have endured similar circumstances with members of their own family.

But many seemed determined to thank Will – and reassure him his documentary efforts are greatly valued.

One viewer rallied around Will: “You’re an exceptionally good brother and human being, Will. It must have been tough to go through all this and to tell us all about it. You will have helped countless others by doing so. That’s immense courage and kindness. Thank you.”

Someone else reflected: “Beautiful. Sensitive, compassionate but still honest. Thank you for sharing your family’s story. You did Rupert proud.”

“Wow what a powerful programme,” tweeted somebody else.

“Just wish more would talk openly about mental health and addiction then maybe more help would be available. We need to end the stigma. There should be no shame asking for help.”

And somebody else thanked Will: “A wonderful and moving tribute to your brother.

“The openness and honesty you and your family have shown in how you had to cope with his addiction and deal with his loss is amazing.

“What you are doing is massively important to millions of people in this country. Respect to you.”