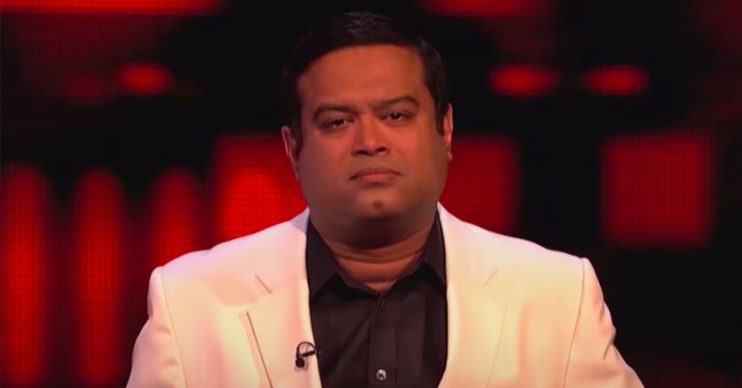 Will there be more Beat The Chasers? Paul Sinha hopes so!

The Chase fans have been truly spoilt this week with five primetime episodes of Beat The Chasers. Brave contestants went up against all five Chasers Paul Sinha, Mark Labbett, Shaun Wallace, Anne Hegerty and Jenny Ryan. Even before last night’s episode came to an end, viewers were begging ITV to make more of The Chase‘s […]

The Chase fans have been truly spoilt this week with five primetime episodes of Beat The Chasers.

Even before last night’s episode came to an end, viewers were begging ITV to make more of The Chase‘s spin-off.

And show fave The Sinnerman is hoping so too.

Referencing his Parkinson’s illness, he wrote on Twitter: “I’m proud of my Chaser colleagues and of the show. (Especially the editors).

“Whatever my illness brings me in the next few years, I had a week on primetime. It was bloody good fun. Hope to do it again.”

It’s been an eventful week for Paul on Beat The Chasers; he held his hands up to a big clanger on Thursday night’s show.

Near the beginning of the head-to-head round, host Bradley Walsh asked the quizmasters: “What gas makes the drink Cherryade fizzy?”

The correct answer was Carbon Dioxide, of course…

Paul took to Twitter to address the mistake, telling his followers: “Rest assured I know the difference between Carbon Dioxide and Coca-Cola. The adrenaline of buzzing the previous four meant I spoke before my brain had processed.

“A valuable lesson learnt. As you could see, my confidence took a temporary battering.”

He also had viewers in stitches as he took the Mickey out of Gemma Collins, who he’s previously described as one of the worst people he’s ever met.

Bradley Walsh was chatting with contestant Alex following a cash-builder question about the Olympic Games.

“I’ve got to be honest, I find the Olympic Games a bit boring,” the host said, getting a laugh from the audience. “Do you know what I mean? People running about and chucking stuff.

Paul then cut in: “That was just Gemma Collins.”

Paul was referring to Gemma’s shocking fall on the 2019 series of ITV’s Dancing On Ice.

What did Paul Sinha say on Beat The Chasers?

Meanwhile, Sinnerman fans looking for another fix can watch him to stand-up tonight on YouTube…

Really proud to be part of this. https://t.co/WfQ40DcAAn