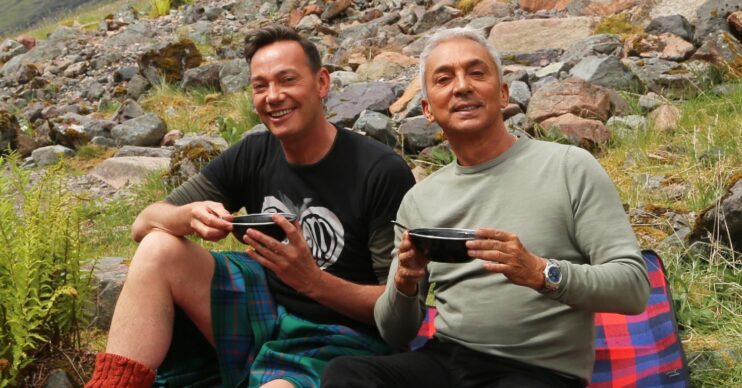 Will there be a second series of Craig and Bruno’s Great British Road Trips?

Viewers of Craig and Bruno: Great British Road Trips have issued a plea to the stars as the series finale aired on ITV last night (Wednesday August 18).

The series, which stars Strictly Come Dancing judges Craig Revel Horwood and Bruno Tonioli, finished its run and fans were desperate for more.

What happened in Craig and Bruno’s Road trips show?

The series showed the dynamic duo travel to all parts of the country to explore regional customs.

And they got stuck into them, too!

In last night’s final episode, they began in Glasgow and then went to Loch Lomond, where they visited the Luss Estate for a Highland Games masterclass.

Heading further north, they sought out a unique view of Rannoch Moor from the Glencoe Mountain Resort, before heading to the Glencoe Valley.

Finally, the pair went to Ben Nevis as their journey came to an end, although there was time for a spot of Highland dancing in between.

When Craig sent out a tweet to flag up the last episode, viewers responded and issued their pleas.

One wrote: “Please bring it back, Craig/Bruno/ITV. Loved this one! Maybe after Covid, a European/world trip?”

Another said: “Absolutely loved watching your road trip. Made me laugh so much. Hope there’s more to come again soon.”

A third commented: “Hope you do another series. Have really enjoyed your antics with Bruno!”

“Have loved every single one, really hope there will be some more in the future,” another pleaded.

Finally, one viewer said: “Have absolutely loved watching you both in this series. Please do more.”

The latest on a second series of Craig and Bruno

Although fans went wild for the series and Craig and Bruno are an established pairing and close pals, there’s no word from ITV whether a second series is in the works.

Read more: Will there be a second series of Craig and Bruno: Great British Road Trips?

The next time we see Craig on our screens will be for the new series of Strictly, which reportedly begins next month on BBC One.

Sadly, Bruno will not be taking part.