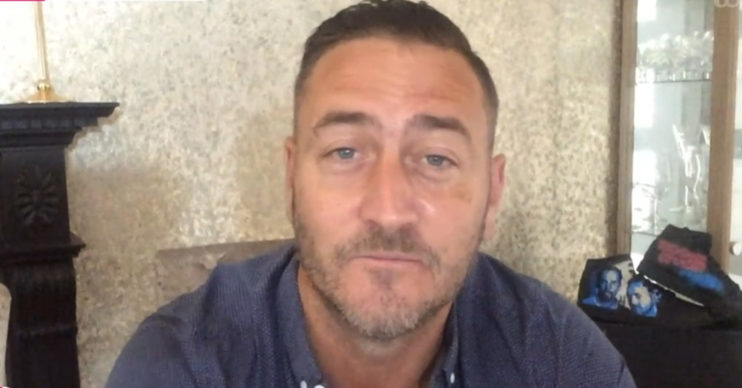 Will Mellor discussed how he’s coping following the loss of his dad during lockdown.

The Two Pints of Lager and a Packet of Crips star tearfully announced that his father had passed away from cancer in a video posted on Instagram back in April.

Worst week of my life.

During an interview with Christine Lampard on ITV’s Lorraine today (August 5), he revealed that talking about his loss has helped.

Will said: “It was really tough as it would be for anybody.

“I was really close to my dad, we went everywhere together.

“Under the circumstances, it was really hard because I couldn’t even go and hug hug him.

“The last time I saw him, I obviously wanted to get a hold of him but I couldn’t and he passed away before I got the chance to do that.

“So it was really tough. It’s been hard for all the family. But having your family around helps you get through it. Talking helps.”

Will is a celebrity ambassador of the mental health charity Kaleidoscope Plus Group [KPG].

During his interview, he was keen to discuss coping strategies for anyone struggling with poor mental health.

He added: “For anybody out there struggling with mental health, make sure you talk and stay out of your head.

“When I lost my sister, I didn’t talk and I really struggled. I was in a dark place.

“It’s okay not to be okay. Especially men. It’s hard.

“Even if you haven’t lost anyone, losing your job or business, talking does help – and make sure you speak to people who can help with mental health like team KPG – don’ be afraid to reach out.”

Following the loss of his father, Will said his outlook on life has changed.

He added: “When things like this happen, you think why do I wait? I overthink things sometimes.

“Job opportunities might come up and I think I won’t do that because it might jeopardise my career, but now I just think, if I want to do something different I’m going to do do it.

“Whatever I feel like doing, I’m going to embrace it.

“And whatever I do, I’ll take my dad with me because he lives in me now.

Lorraine is on ITV, weekdays, from 9am.