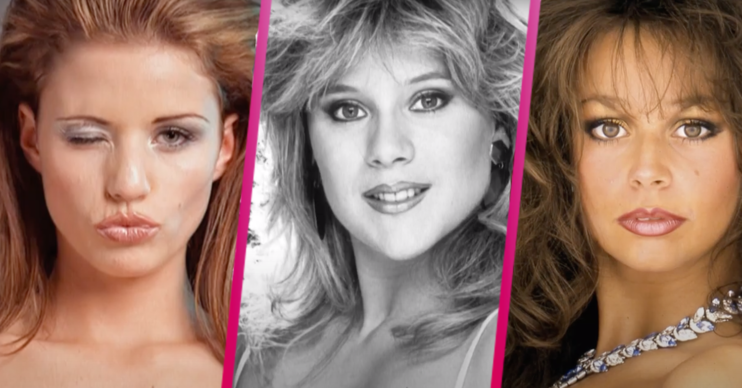 Unbelievably, it’s been half a century since German supermodel Stephanie Marrian became The Sun’s first ever Page 3 girl in 1970.

Since then, the likes of Samantha Fox, Katie Price, Keeley Hazell and Maria Whittaker have all followed in her footsteps.

But fast-forward to January 2015 and the tabloid quietly stopped publishing pictures of topless pin-ups.

Why was Page 3 banned?

Page 3 was banned in 2015 following a three year campaign led by Lucy-Anne Holmes.

The author launched a petition in August 2012 calling on then editor Dominic Mohan to stop publishing pictures of topless women.

Lucy-Anne was then inundated with letters from women showing their support.

One woman heartbreakingly said that Page 3 was referenced while they were being raped.

However, not everyone was supportive.

Online, Twitter trolls branded Lucy-Anne “jealous” and even warned her off with her with death threats.

She told the Guardian: “Imagine if on Page 3, for 42 years, we’d seen scrotums…and now a man was standing up and saying ‘I’ve got sons, and they’re walking down the street, and people are grabbing their balls and saying show us your balls, and they hate this.

“They’ve got self-esteem issues, and could we just stop the scrotum pictures?’ Imagine if a woman then turned around and said ‘you’re just jealous’.

“It would be ridiculous.”

When asked for comment at the time, a spokesperson for The Sun said: “Page 3 of The Sun is where it’s always been, between pages 2 and 4, and you can find Lucy from Warwick at Page3.com.”

The paper stopped publishing pictures of topless women online via Page3.com in 2017.

Who was the youngest Page 3 model?

Sam Fox posed topless for The Sun when she was just 16, making her the youngest Page 3 model.

Her pictures ran underneath the headline ‘Sam, 16, Quits A-Levels for Ooh-Levels’.

Opening up about her debut in the paper, she said: “Part of me was feeling euphoria and wow my God, I’m on the front page of this huge newspaper.

“The part of me was thinking about going to school tomorrow and walking through those gates.”

She added: “It was a bit difficult going back to school. It was a shock that I was on the front page topless. But it did change my life…and I was very well looked after.”

At the time, it was acceptable for women as young as 16 to posed topless.

However, the minimum age was raised to 18 after the passing of the Sexual Offences Act. in 2003.

Where is Sam Fox now?

In March, the glamour model icon go engaged to her girlfriend Linda Olsen.

A source told The Sun: “Sam and Linda are so happy together and want to spend the rest of their lives together.

“They’re so in love and want to make it official.”

Originally, the couple were hoping to tie the knot this summer but have been forced to postpone due to the coronavirus pandemic.

Sam and Linda started dating in 2016 after her partner of 12 years, Myra Stratton, died from cancer.

The star, who was nominated for a Brit Award in 1988, also takes her music very seriously and still performs on stage across the globe.

Her credits include helping write the music for girl group All Saints, back in 2000.

What has Sam said about Page 3?

Despite her huge musical success, Sam always looks back on her Page 3 days with fondness.

Speaking to The Sun for the 50th anniversary, she said: “When I did my last Page 3, the paper did a picture of a gravestone with the headline ‘Thanks for the mammaries’. It was genius,”

“So many girls nowadays have silicon boobs, but Page 3 was always about natural curves and the girl-next-door look.”

“I have no regrets about doing it…Page 3 was a uniquely British institution and I am happy I put a smile on people’s faces.”