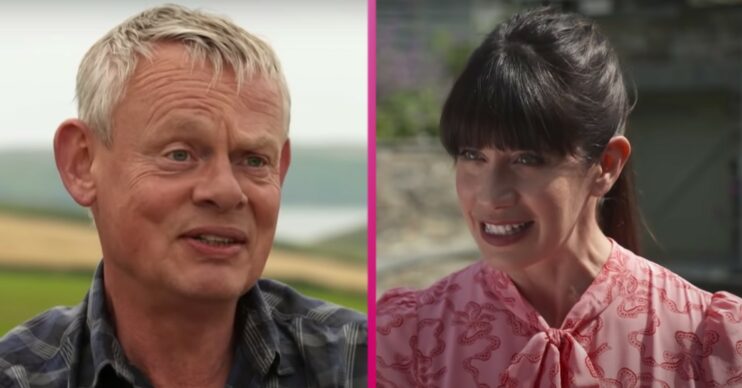 Why is Doc Martin ending? Series 10 will be final run of Martin Clunes ITV comedy drama

‘Why is Doc Martin ending?’ is the question all fans of the Martin Clunes comedy drama have been asking themselves.

Series 9 concluded in November 2019. And many viewers at the time questioned whether the cliffhanger final episode might be the last ever.

But the concern from fans may also have been informed by previous ponderings about how long it may continue.

Indeed, star Martin – married to show producer and writer Philippa Braithwaite – has speculated about the future of the series previously.

For example, he told Digital Spy in 2017 that any episodes beyond series 9 were dependent on being commissioned by ITV.

Martin, who acknowledged there were no plans on his side to end Doc Martin at the time, said: “We don’t have a commission beyond that. Ask me again in two years.”

And so it could be argued the show’s devoted fans may have had justification to worry the series was winding down.

However, since the end of series 9, it has been revealed that series 10 WILL be the final one made.

Originally, production was due to begin in 2021. But then COVID put paid to that – and filming only began in the last couple of months.

Nonetheless, Martin explained why Doc Martin is ending before plans were interrupted.

And it seems that his comments might still apply to why there will be no further runs beyond series 10 – although a documentary and a Christmas special are scheduled.

Why is Doc Martin ending?

Martin, speaking before production plans changed, indicated the show had gone as far as it could.

He said during a September 2020 appearance on Loose Women that he was concerned about maintaining the quality of the series.

“All good things have to come to an end,” Martin reasoned.

“And I’m sure there are lots of people who aren’t fans of the show who think it’s terribly repetitive anyway.

“But we’re at huge pains not to repeat ourselves,.”

He continued: “I just think we’ve sort of done everything.

“I mean, it would be so great to just sort of carry on, but I don’t think we can keep it as good.”

I don’t think we can keep it as good.

The lead actor also reflected on how Doc Martin had become such an important part of everyone involved’s life.

Martin added: “We’ve got such a lovely cast, and it’s been 16 years.

“We all sort of bump into each other’s children every two years and watch them growing up and flourishing. And just being down there [Port Isaac in Cornwall, where Doc Martin is filmed] is heavenly.”

And even though the plans for 2021 were disrupted, it seems the same reasons still hold true.

‘It feels like a really good time to finish’

Martin reaffirmed more recently, in January of this year, that it is ‘the right time’ to bring the show to a close.

“I mean it is sad, but it’s not really,” he said during an appearance on Lorraine.

The former Men Behaving Badly star continued: “We missed going down [to Port Isaac] last year because of COVID.

“So I’m really, really looking forward to getting down there.”

‘We’ve been saying goodbye for years’

And just a couple of months before Martin’s most recent comments, co-star Caroline Catz suggested it was not a surprise when time was called on the drama.

“We’ve been saying goodbye to it for the last six years,” the Louisa star told Red Carpet News TV.

“It is just always really joyful and brilliant when they want to do another one.

Read more: Doc Martin ultimate guide: where is it filmed and how does it end with Series 10?

She added: “It is just great we get to go back [to Port Isaac].”

Asked why she thought viewers adore the series so much, Caroline replied: “On the surface it looks like it is going to be chocolate box drama about Cornwall.

“But it isn’t. It is darker than that.

“I think there are some great characters and some brilliant writing and I love working with Martin and Philippa.