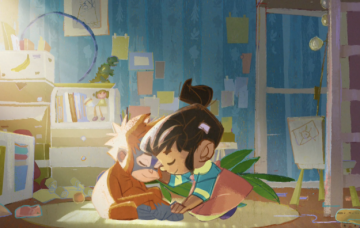 Why Iceland’s new Christmas advert has been banned

Iceland has had its Christmas advert banned in a shock move that’s left the supermarket unable to compete with its rivals like Marks & Spencer and John Lewis.

The UK chain, which prides itself on being affordable and family-friendly, will be unable to take part in the tradition of festive adverts this year.

In an unprecedented move, Iceland’s cute animated offering failed to secure approval from regulators at the last minute.

It has been banned on the grounds that it is supporting a political issue.

The commercial, entitled Rang-tan’s Story, urges viewers to “choose a Christmas without palm oil” by boycotting anything with palm oil in its ingredients.

A statement accompanying the banned advert on their official website reads: “We decided to do something different with our Christmas advert and continue to raise awareness of rainforest destruction caused by palm oil production, and its devastating impact on the critically endangered orang-utan.”

The statement went on to say: “However, it has been ruled our advert will not appear on TV alongside other supermarkets as it was banned by advertising regulations on grounds of political advertising.”

In the advert, a digger is seen crashing through the orang-utan’s forests and burning it for palm oil, which is used in products such as shampoos and food.

Alongside the video, Iceland have written: “You won’t see our Christmas advert on TV this year. But we want to share our ‘No Palm Oil’ story with you this Christmas.”

The ad ends with the message: “Dedicated to the 25 orang-utans we lose every day.

“Until all palm oil causes zero rainforest destruction, we’re removing palm oil from all our own label products.”

Iceland claims that palm oil currently appears in more than 50% of all supermarket products.

Do you support Iceland’s bold move? Leave us a comment on our Facebook page @EntertainmentDailyFix and let us know what you think!