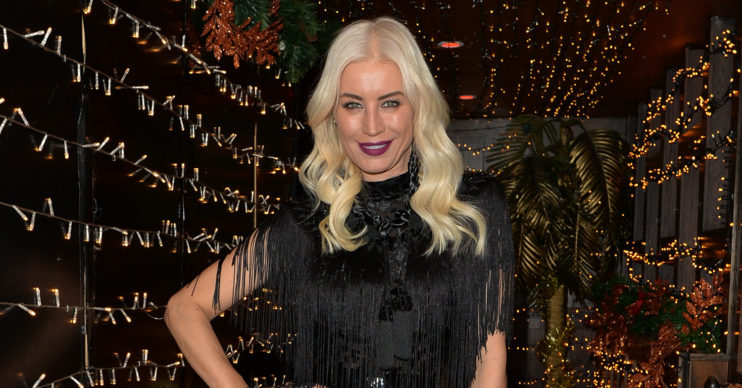 Why did Cooking With The Stars finalist Denise Van Outen fall out with Johnny Vaughan?

She’s back on TV for the Cooking With The Stars final tonight (August 17), but many remember Denise Van Outen for her friendship with former co-star, Johnny Vaughan.

The pair famously co-presented The Big Breakfast together in the 90s.

However, despite their on-screen chemistry, things sadly took a bad turn.

Their friendship fizzled out, and the pair haven’t been the same since.

What happened between Denise Van Outen and Johnny Vaughan?

Denise finally broke her silence over their long-running feud in an unearthed interview in 2015.

During an appearance on Loose Women, Denise said their fallout was over money.

It turns out Johnny tried to renegotiate his contract without Denise, which would have left her with less pay.

“It was mainly to do with pay. The view was that I did other things outside of presenting… that I already had another side to my career.”

“At that particular time, we were literally like brother and sister, we were best friends, unbreakable.

Read More: Is Denise Van Outen married? Does she have kids?

“The whole relationship fell apart when we started to renegotiate our contracts because I always felt that we worked together as a team and that is how it should be.

“I know there were other influences involved and agents and everything but he was negotiating his contract separately from me, which I found out.”

She said the row was the reason that she left the Channel 4 show in 1999.

“I knew at that point it would never be the same in that working environment,” she said.

Denise returned to the show a year later in a bid to boost ratings. However, she left again after just a year.

She said: “Obviously I gave it a second go, but a similar thing happened again. It’s hard because I loved him so much and I still do.

However, despite their relationship never being the same again, Denise doesn’t hold any bad blood.

“I could still be angry about it now, but I have seen him since and, whenever I see him because I love him so much and he makes me laugh so much, more than anyone I’ve ever met, I just forget about it.

“We were really, really good friends, I just don’t know if it would ever be the same again,” she added.

However, there’s hope that Denise and Johnny could reunite when the show returns for a 30th-anniversary special.

Denise would join AJ Odudu and Mo Gilligan, who will be hosting the one-off episode as part of Channel 4’s Black To Front day this September.

“It would be so much fun working with Johnny again on the show which means so much to us both,” she teased.

Will you be watching Denise Van Outen on the Cooking With The Stars final? Head over to our Facebook Page @EntertainmentDailyFix and leave a comment to let us know!