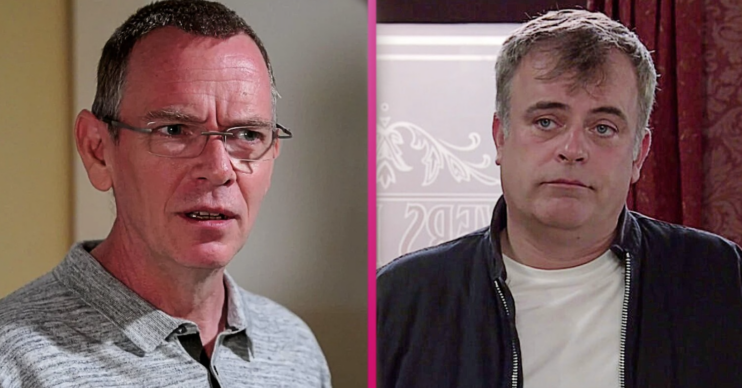 Why aren’t Simon Gregson and Adam Woodyatt in the I’m A Celebrity line-up? Are they joining later?

They're not the first red herrings in the series...

Soap legends Adam Woodyatt and Simon Gregson were not on the I’m A Celebrity line-up, issued last night (Monday November 15).

Both were heavily tipped to go into Gwrych Castle.

However, they were nowhere to be seen on the list of hardy souls about to embark on the latest I’m A Celebrity adventure.

So where are they, and will they be appearing at all?

I’m A Celebrity: Where are Adam and Simon?

ITV released the full list of I’m A Celebrity contestants for this new series.

All names had been previously reported in the now traditional leaked contestants newspaper stories before each series starts.

Also in there were EastEnders star Adam and Corrie stalwart Simon.

So it was shaping up to be a battle of the soap stars in the castle.

What did ITV say about Adam and Steve on I’m A Celebrity?

ED! contacted ITV for comment on the two stars’ omission from the official line-up.

The channel told us it had nothing to say on the Adam and Simon topic.

So the question is: where are Adam and Simon?

The Mirror reports this morning that the pair will be joining the show at a later date as “wildcards”.

Who else has been a latecomer to the show?

This won’t be the first time “wildcards” have entered the jungle or the castle.

The practise started as early as series four in 2004, where comedian Vic Reeves and E17 singer Brian Harvey entered the jungle on days five and two respectively.

In the next series Bobby Bally and comedy partner Tommy Cannon entered on day six, while Christopher Biggins went in on day five in 2007 and ended up winning the whole competition.

Rampant speculation preceded Katie Price’s return to the jungle in 2009 (she came in on day two).

And reality stars Vicky Pattison and Ferne McCann were latecomers to the party in 2015 (day three), and Vicky went on to win.

However, perhaps the most talked-about ‘red herring’ was Noel Edmonds in 2018.

He entered on day five after much speculation and was the first one to be voted out a week later.

Who remembers his ’emperor’ routine?