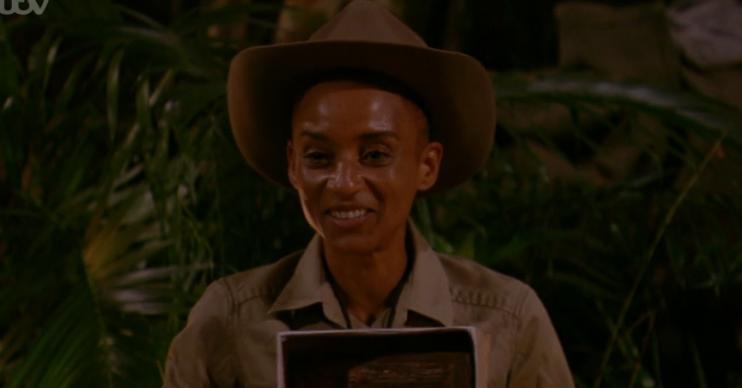 I’m A Celebrity: The real reason Adele Roberts has a photo of Loose Women’s Jane McDonald

Adele's girlfriend has explained why

Adele Roberts’ girlfriend has revealed the real reason the DJ brought a photo of Jane McDonald on I’m A Celebrity… Get Me Out Of Here! as her luxury item.

Former Big Brother contestant Adele, 40, surprised her campmates, fans and viewers by taking a framed picture of singer and Loose Women presenter Jane, 56, into the jungle.

She told the other celebs on the show she liked having Jane there for inspiration, but some of them, including DJ Roman Kemp, didn’t understand the decision.

Now, Adele’s girlfriend Kate Holderness has set the record straight once and for all.

Taking to Twitter, the actress explained exactly why Adele decided to bring a pic of Jane McDonald, telling her followers: “Hahaaaa! Right, I can clear this up! All the campmates have to have different luxury items, they’re not allowed to double up on anything.”

Adele chose something that never fails to cheer her up.

Adele first choice of luxury item, Kate said, was a family photo, but that option was already taken.

“She didn’t mind because she knew there’d be campmates who’d love a pic of their children in there with them. Second choice, a pillow, was another goner as it’s usually the most requested item. Pretty much everything she wanted after that was already taken too.”

Kate explained that the brief from the I’m A Celeb team called for ‘something to make you happy’.

She continued: “[Adele] chose something that never fails to cheer her up and something that reminds her of early morning Radio 1 listeners – it’s a bit of a long running feature on Adele’s show, when they’re having a bit of a slump and feeling down a listener will request ‘a bit of Jane’ to get them through the day.”

Speaking further, Kate reminded her followers that as Adele presents BBC Radio 1’s early breakfast show, many of her decisions “are made at 2am” and so “make perfect sense [at] that time”.

Read more: I’m A Celebrity’s Kate Garraway on ‘forcing herself to have sex with husband every day’

Fans of the show might have been surprised to see the photo of Jane initially, but it appears they’re now full behind the decision – so much so that they’re even calling for Jane to get involved.

Viewers are desperate for the singer to be the one to meet Adele on the bridge when she eventually leaves the jungle.