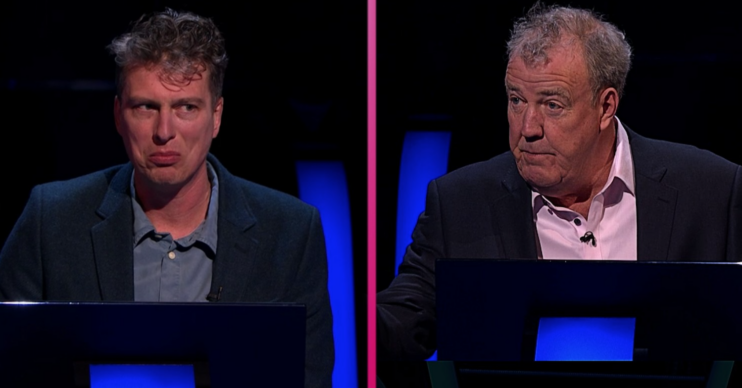 Who Wants to Be a Millionaire? viewers stunned when contestant uses all of his lifelines on ONE QUESTION

He was a novelist as well!

Who Wants to Be a Millionaire? viewers were stunned when a contestant used all his lifelines on one question.

Not only that but the question was supposed to be his specialist subject!

What happened on Who Wants to Be a Millionaire?

On Saturday night’s show (August 7), host Jeremy asked fiction writer Mark Blacklock a question that seemed to be right up his street.

To reach £8,000, Mark was asked: “Which of these famous fictional locations from fantasy novels was created first?”

His options were Hogwarts, Discworld, Hobbiton and Narnia.

Immediately, Mark’s faced dropped and he admitted that fantasy novels were something he didn’t know an awful lot about.

And that’s when the lifelines started coming out.

Mark used his 50:50, which left two options: Hobbiton and Narnia.

He then admitted that that outcome was “a bit of a nightmare”.

Mark decided to phone a friend but they didn’t know either.

So he decided to ask the host, and Jeremy couldn’t give a definitive answer.

In the end, and with no lifelines left, Mark took a guess on Hobbiton.

After all that faff, he was correct.

Using all your lifelines on one question #whowantstobeamillionaire

Those lifelines are decimating quicker than a bottle of Fanta. 3 lifelines deployed on this question alone. #WhoWantsToBeAMillionaire

And that’s all the lifelines used #WhoWantsToBeAMillionaire

😬 We're burning through the lifelines… #whowantstobeamillionaire

What did viewers say about the episode?

During Mark’s agonising time in the hotseat, viewers took to Twitter.

And they couldn’t believe that a novelist had to use all of his lifelines on one literature question.

One wrote: “[gritted teet emoji] We’re burning through the lifelines…”

Read more: Who Wants To Be A Millionaire: Contestant Ray takes home £125K despite ‘meltdown’ during Phone A Friend

Another said: “And that’s all the lifelines used.”

A third commented: “Using all your lifelines on one question.”