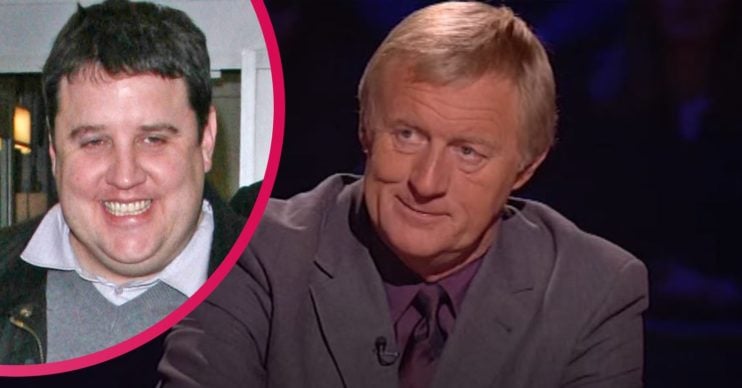 Peter was on with pal Paddy McGuinness

Who Wants To Be A Millionaire: The Million Pound Question starts on ITV this weekend, taking viewers back through the handful of contestants who walked away with seven figures.

The first episode will focus on brainbox Judith Keppel and reveal what was going through her head during some of the most crucial moments in the run up to her million pound question.

What happens during the first episode of The Million Pound Question?

The programme also features memorable moments when contestants went home empty handed and when celebrities had us laughing during the star-studded editions.

Comedian Peter Kay was on the show in 2008 alongside pal Paddy McGuinness.

Read more: Who Wants To Be A Millionaire: Donald Fear becomes sixth contestant to win a million

The duo’s £10k question asked: “In the children’s books by Dick Bruna, what kind of animal is Miffy?”

What did Peter Kay do on Who Wants To Be A Millionaire?

Peter and Paddy struggled to think of the answer, so Paddy pointed to the audience behind Chris Tarrant and said: “Just look over there… just there… have a look up there, Chris.”

When the host looked away, Peter immediately pulled his phone out and started tapping away.

Stunned when he turned around, Chris leapt up and ripped the phone out of Peter’s hand.

“What!?” he protested and Chris took to his seat again.

In another part of their episode featured on The Million Pound Question, the theme tune played out and Peter, listening, joked: “Just waiting for the man on that keyboard backstage to finish.

Read more: Who Wants To Be A Millionaire viewers call Jeremy Clarkson ‘rude’

Christ told him: “From now on, it’s the music that slowly undermines your feeling of security…”

But Peter laughed as he shouted: “No, you do that! It’s nothing to do with the music, it’s you playing Jedi mind games on people.”

– Who Wants To Be A Millionaire: The Million Pound Question starts this Sunday (November 22) at 8pm on ITV

Chris Tarrant ITV Paddy McGuinness Peter Kay Who Wants To Be A Millionaire?