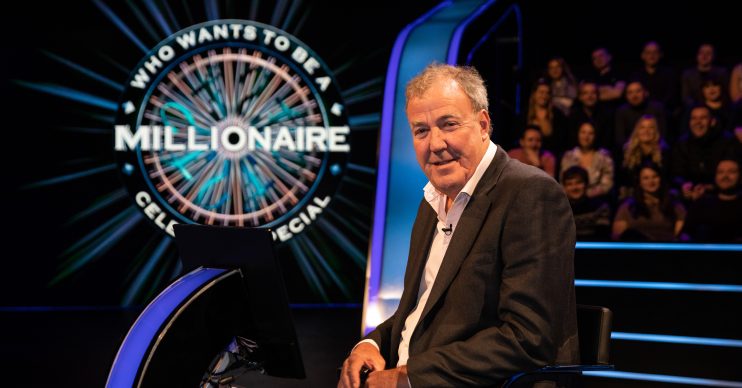 He was Charlotte Church's phone-a-friend

Who Wants To Be A Millionaire fans were thrilled when Chaser Mark Labbett popped up during last night’s celebrity special.

Host Jeremy Clarkson was joined by celebs John Barnes, Richard Osman, and Charlotte Church as they answered questions to raise money for charity.

Read more: The Nest fans convinced they know who the killer is

Charlotte was doing pretty well, but she hit a stumbling block when Jeremy asked the question: “Which of these publications was discontinued in print form in 2019?”

The options she had were: the Argos catalogue, The Independent, Yellow Pages, or Beano.

The Welsh songstress therefore opted to use her phone-a-friend lifeline and said she wanted to call ‘Mark’.

Jeremy then revealed who Mark really was – The Beast aka Chaser Mark Labbett!

The host said Charlotte was “quite clever” lining a world-renowned quizzer up to help her out, but Charlotte insisted he was also her friend.

However, in a surprising twist, Mark couldn’t actually help Charlotte because even he didn’t know the correct answer!

He said the Yellow Pages, but insisted that was “a guess”.

Fans were stunned at his ‘appearance’ – and found it hilarious when he didn’t know the answer!

Mark Labbett on the phone #WhoWantsToBeAMillionaire

Charlotte Church calling The Beast from ‘The Chase’ as her phone a friend on #celebritymillionaire is a next-level baller move. #WhoWantsToBeAMillionaire

In a roundabout way though, Mark did in fact help Charlotte as she decided to use another lifeline – her 50/50.

Mark had confidently confirmed that The Independent had stopped printing earlier than 2019, so when the options were narrowed down to Yellow Pages or The Independent, Charlotte knew the correct answer.

She rightly went for Yellow Pages, and carried on answering several more questions before being stumped again.

Charlotte chose to walk away and as a result banked £32,000 for the Awen Project and Safe Foundation.

Mark has appeared on Who Wants To Be A Millionaire before

It’s not the first time The Beast has been on Who Wants To Be A Millionaire.

Mark had been on course for a much bigger win, but got the £64,000 question wrong, which consequently pushed his total back down to £32,000.

Mark Labbett The Chase Who Wants To Be A Millionaire?