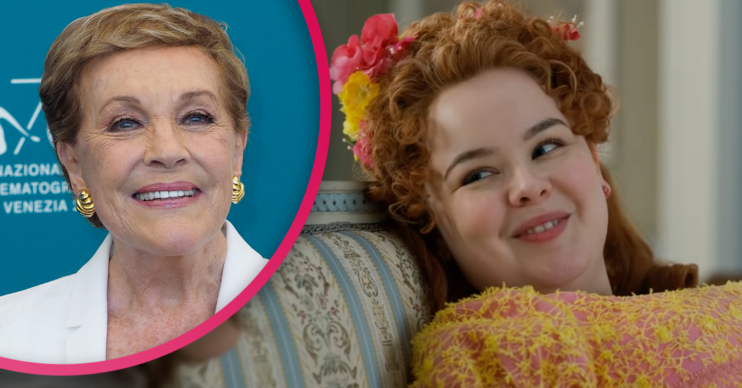 Bridgerton: Who is Lady Whistledown? Which famous actress voices her?

Lady Whistledown’s identity remained a mystery throughout Bridgerton season one – right up to the last gasp.

Whether or not you had her true identity all figured out, we finally got our answer in season finale.

And it is definitely not what many of us expected!

So what else is there to know about the sharp-tongued gossip writer, like which famous actress voices her?

Who is Lady Whistledown?

Lady Whistledown is the faceless gossip-monger of the ton.

She happens to know everything that’s going on in everyone’s lives and is willing to publish every scandalous detail.

Read more: Where did we leave Anthony Bridgerton in season 1? What’s next for him?

Her gossip column, Lady Whistledown’s Society Papers, is the constant talk of the town and has the power to completely ruin someone’s reputation .

She’s like the Regency Era version of Gossip Girl.

In the final moments of season one, Eloise helps Lady Whistledown escape from Queen Charlotte’s men.

As Lady Whistledown escapes, we see a hooded figure riding a carriage.

She then lowers her hood and unveils her true identity.

We finally discover that Lady Whistledown is actually Penelope Featherington!

Lady Whistledown is also the narrator of Bridgerton and in order to keep her identity hidden, she is voiced by an entirely different actor.

So who is the famous actress behind the distinctive voice?

Bridgerton’s most mysterious character is voiced by none other than Julie Andrews.

Speaking about her role, the British icon told Parade that Whistledown is ‘a tartar, and a bit of a naughty woman’.