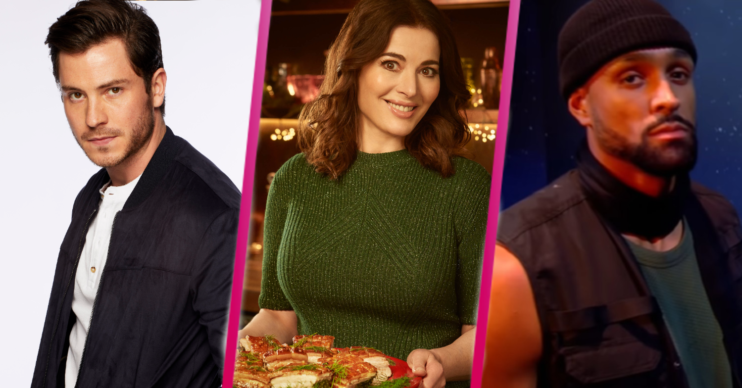 Who should win BAFTA’s Must-See Moment? Here are the nominees and how to vote

Will it be EastEnders, Britain's Got Talent or something else?

The British Academy of Film and Television Arts has revealed the nominees for the BAFTA’s Must-See Moment of TV in 2020.

The award is the ONLY category voted for by viewers.

So who’s up the award, how can you vote and when will the winner be announced?

Who are the nominees for the Must-See Moment of TV in 2020?

First of all, the nominees for the Virgin Media Must-See Moment of 2020 include a soap murder.

A representation of a real life death through dance is also up for the award.

Finally, nominees include a shocking revelation in Netflix’s hit of the year Bridgerton, and a surprise appearance in Star Wars spin-off The Mandolarian

Penelope’s unveiling as Lady Whistledown in Netflix’s Bridgerton is one of the nominees.

A dramatic flashback revealed to viewers that she was none other than… Penelope Featherington!

Nigella Lawson’s pronunciation of an everyday household object caused many viewers to raise their eyebrows in mock alarm.

While adding a splash of milk to her potatoes, she baffled fans with the way she pronounced microwave.

She said: “I still need to add a bit of milk which I’ve warmed in the mee-cro-wah-vay.”

Diversity performed a routine inspired by the unparalleled news events of 2020.

It was set to a medley of powerful music and used the viral poem, The Great Realisation.

The performance portrayed the coronavirus pandemic, the death of George Floyd and the Black Lives Matter movement.

The shocking scene in which Gray Atkins killed his wife Chantelle is amongst the nominees.

Gray had physically and psychologically abused his wife Chantelle for years.

When she finally summoned the courage to leave him, he murdered her.

The Gogglebox stars’ reaction to Boris Johnson’s press conference has made the list of nominees.

The sofa surfers offered up their opinions on the moment Boris returned to work after contracting Covid-19.

They become increasingly puzzled by the Government’s plans for lockdown.

They debated the need for caution versus their desire to get down to the pub!

Having rescued Grogu, the Mandalorian and his allies were trapped aboard Moff Gideon’s ship.

As Dark Troopers closed in, a mysterious hooded figure arrived and fought the droids with a green lightsaber.

How can I vote for my favourite Must-See Moment of 2020?

To vote for your favourite Must-See Moment of 2020, visit the website of sponsors Virgin Media.

Voters will also be entered into a fab prize to win a VIP kit.

It includes a TV-dinner meal kit for two, a bottle of Champagne, a DIY cocktail set and a voucher.

When will the winner be revealed?

The winner will be revealed at this year’s BAFTA Television Awards on Sunday June 6 2021.

Richard Ayoade will announce the winner of the Must-See Moment of 2020.

He’ll present the award ceremony for the second year running.

Nessa’s proposal captured the hearts of the nation.

Sadly, writers left us hanging, and we don’t know if Smithy accepted!