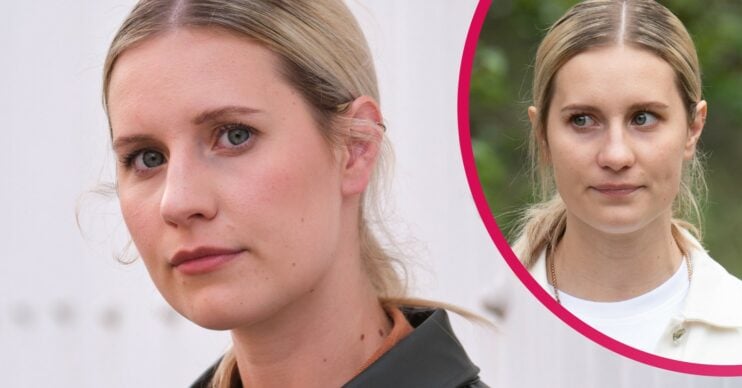 Who plays Tess in Rules of the Game? What has actress Callie Cooke been in before?

Rules of the Game has a pleasing cast of established talent, alongside relative newcomers like Callie Cooke who plays Tess.

The young actress stars alongside TV legends Maxine Peake and Alison Steadman in the four-part series.

So who is Callie Cooke?

What’s she been in before, how old is she, and where’s she from?

Here’s everything you need to know about Rules of the Game actress Callie Cook.

Who plays Tess in Rules of the Game?

Callie Cooke portrays Tess Jones in the Rules of the Game cast.

Troubled Tess is caught having sex in the office toilets on CCTV – but that’s just the tip of the iceberg.

She’s clearly hiding something and self-medicating with drugs and alcohol.

We know she is still grieving the death of a friend and colleague from 10 years before.

She openly admits she’s thought about killing herself in a frank conversation with HR Director Maya.

And, during episode one, we’re led to believe she is found dead in the office – although the identity of the deceased is yet to be confirmed.

But did the person in question jump? Or were they pushed?

Who is Callie Cooke, who plays Tess in Rules of the Game?

Actress Callie is a relative newcomer to TV acting, compared to some of her co-stars.

Although she has starred in numerous theatre productions.

She’s only been on our TV screens since 2016, when she first appeared as Belle Curtis in Doctors.

She went on to appear in one episode of Strike as Carieanne, before winning the role of Sky in Overshadowed.

Callie is also known for playing Natalie Markham in Informer, and Nadia in Adult Material.

The actress was fortunate enough to have played Jennifer Saunders’ daughter in the Netflix adaptation of Harlan Coben’s The Stranger.

She played Kimberley Doyle in the 2020 series.

Read more: Rules of the Game on BBC One: Who is in the cast alongside Maxine Peake?

How old is Rules of the Game star Callie Cooke and where is she from?

Callie Cooke was born on October 23 1992 in Leicestershire, England.

She is currently 29 years of age.

Who is Callie Cooke dating?

Callie Cooke is believed to be single at the moment.

She has not discussed her love life in public.

However, her official Twitter profile shows her on a night out with History Boys star Dominic Cooper.

The pair starred in the TV movie Peacock together, and have clearly remained friends ever since.

All episodes of Rules of the Game are currently available on BBC iPlayer. Episode two airs on Wednesday January 12 2022 at 9pm on BBC One.

Are you enjoying Rules of the Game so far? Leave us a comment on our Facebook page @EntertainmentDailyFix.

BBC One Callie Cooke Maxine Peake Rules of the Game