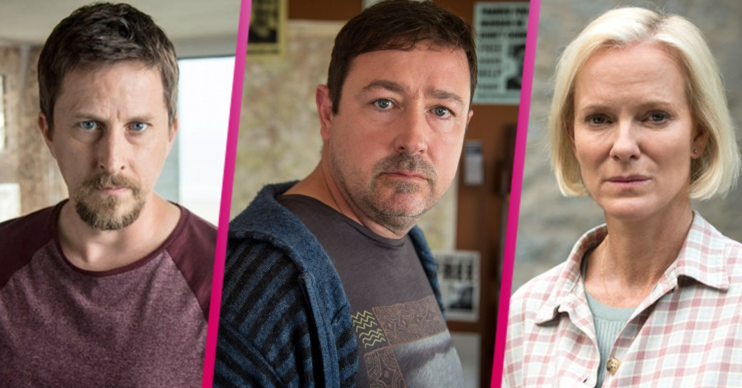 Was David Collins telling the truth?

Fans are desperate to find out who killed Tara in ITV’s Innocent.

Poor David Collins (Lee Ingleby) is still the police’s number one suspect despite being exonerated from the murder of his wife.

As those tuning in trying to guess how the four-part series ends, a lot of theories have been suggested on Twitter.

“The idiot Mr Doctor, defo kill Tara Collins, him and Alice were in on it. #Innocent #ITV,” one viewer posted.

Another added: “I love #innocent … I think he is. I bet the brother in law did it.”

READ MORE: Does Lee Ingleby have a wife? Star of The A Word and ITV’s Innocent

Moments later, a third wrote: “I find it highly suspicious that Aunt Alice and Uncle Rob now refer to themselves as Mum and Dad to their niece and nephew. #Innocent.”

Shortly after, a fourth tweeted: “It wasn’t alice or her husband, it wasn’t his ex best friend, it probably wasn’t his wife, I’m guessing the brother or he did actually do it! #Innocent.”

Of course, these are just theories.

Who killed Tara in Innocent?

The ending will come as a huge shock to fans who haven’t seen the series before (it originally aired on ITV back in 2018).

When David was released from his prison, it was his brother who sacrificed everything to help him.

Phil picked his sibling up as soon as he walked free, gave him money and a place to live.

He even ended his relationship over his fight to prove David’s innocence.

But it turns out, this was all down to a guilty conscience.

Explaining his character’s actions, Daniel told the Radio Times: “Until you are proven innocent you are guilty. And that’s what David is in that village.

“That is everything that Phil has been fighting for, for seven years.

“And the fight continues – because he wants his brother to get his life back.”

How does Innocent end?

During a heart-to-heart with his brother, Phil reveals why he murdered Tara.

Apparently, he made a pass at her and when she rejected is sexual advances, he attacked he with a hammer.

Shortly after, the police come and arrest Phil and David is finally able to clear his name once and for all.

Most importantly, the long-suffering father is finally reunited with his children after seven years apart.

Catch up on previous episodes on ITV Hub.