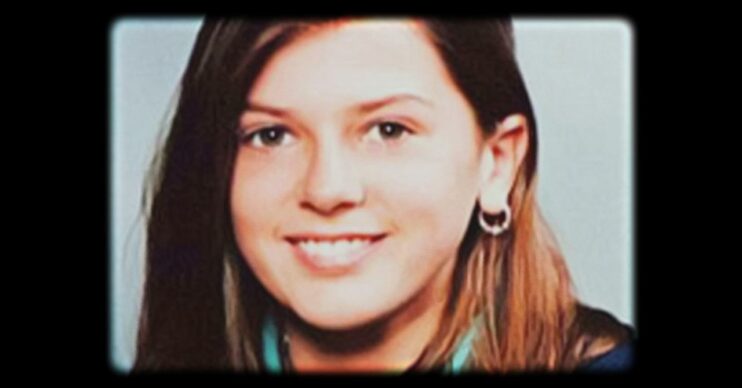 Teenager Billie-Jo Jenkins was bludgeoned to death on an unseasonably warm and sunny winter’s day in 1997, in her foster family’s garden in Hastings, East Sussex.

The shocking crime immediately became national headline news. And it remained on the front pages and TV bulletins as the 13 year old’s foster father Siôn Jenkins was arrested for the frenzied attack.

He was subsequently charged with her murder, found guilty and spent six years in prison – before being acquitted.

Some 25 years later, Billie-Jo’s killer is still on the loose.

Last month, detectives provided fresh hope that her assailant would finally be brought to justice, through fresh DNA and blood tests.

Meanwhile, Jenkins has said he will not rest until Billie-Jo’s killer is found, writing: “I need to know who ended her life. I will never give up. That is my message to the person who took her life.”

So who did kill Billie-Jo? A new Channel 5 documentary poses this exact question.

How did Billie-Jo Jenkins die?

On February 15, 1997, the teenager was battered over the head nine times with an iron tent peg. At the time she was painting the patio in the back garden of her foster family’s home.

No one else was in at the time.

Her body was discovered in a pool of blood by her foster father, Siôn Jenkins. He had returned home from a shopping trip with two of his daughters, Annie and Charlotte.

Police also found a torn piece of a black plastic bag very forcibly shoved up through Billie-Jo’s right nostril into the nasal cavity.

Billie-Jo had lived with the Jenkins family for five years, after her father was sent to prison and her mother was unable to cope with raising her.

Police asked Siôn Jenkins, a deputy headmaster, to front an appeal, but shortly afterwards he became prime suspect in the killing and was arrested.

In their investigation, the police became aware of ‘erratic behaviour’ from Jenkins. His accounts of his movements on the day were inconsistent.

Furthermore, his wife Lois claimed he was a violent man, who occasionally hit her and slapped the children.

Some 158 microscopic blood spots from Billie-Jo were found on his shoes, trousers and jacket.

At trial, Prosecution postured this was impact spatter from the attack on Billie-Jo.

Two expert scientific witnesses stated that the appearance and distribution of the pattern was consistent with the suggestion Jenkins was the assailant.

Jenkins claimed that any blood found on his clothing was as a result of him trying to help her.

On July 2, 1998, he was sentenced to life imprisonment after being found guilty of murdering Billie-Jo.

When was Siôn Jenkins acquitted of Billie-Jo’s murder?

The following year, he launched an appeal, which was unsuccessful. However, in 2004 a second appeal was successful, and a retrial ordered.

At this trial in 2005, forensic scientists stated that the microscopic blood spray could have been released from Billie-Jo’s injured airway as her foster father moved her.

The jury was unable to come to a majority verdict and a second retrial was ordered.

At the second retrial, the jury needed to decide whether the blood on Jenkins got there when she was attacked or when he discovered her body.

Read more: Why did Vincent Tabak kill Joanna Yeates and where is he in prison?

They were unable to reach a majority verdict and, on February 9, 2006, Jenkins was acquitted.

The CPS indicated that no further retrials of Jenkins would be sought.

He became a free man after serving a total of six years in jail.

The now-former deputy headmaster sought up to £500,000 in damages. But the Ministry of Justice rejected his request as claimants of miscarriage of justice compensation must demonstrate they are “clearly innocent”.

Where is Siôn Jenkins now?

Jenkins now lives in Southsea, Hampshire, with his second wife, Tina, who he married in 2005. They have a grown-up son called Oscar.

He studied criminology at Portsmouth University.

Several years after Billie-Jo’s murder, his ex-wife Lois moved to Tasmania, Australia, with their four daughters, her new partner and baby.

Aside from Billie-Jo’s foster father, who was acquitted of the savage murder, there was one other suspect. From the early stages of the investigation – Mr B (called Mr X at Siôn Jenkins’ second appeal) was on police radar.

Mr B is a man described as mentally ill who was seen around the park area next to the Jenkins’ home.

Mr B allegedly had an obsessive interest in sealing up openings, often with bits of plastic.

Notable, given the plastic found in Billie-Jo’s nose.

What has Billie-Jo’s real family said about the case?

Tragically Billie-Jo’s mum Deborah Barnett died in 2018, a year after she called for the unsolved case to be reinvestigated.

Speaking on the 20th anniversary of her daughter’s death, she said: “It would be great if they could open the investigation again and get some fresh eyes on it.

“The police have nothing to lose and everything to gain.”

Who Killed Billie-Jo? documentary on Channel 5

Channel 5 will air a two-hour special, with exclusive access to the police, lawyers and forensic scientists at the heart of this unsolved case.

Posing the question ‘who did kill Billie-Jo?’, the programme hears from experts on both sides during Siôn Jenkins’ trials.

Each is equally convinced that the forensic evidence put before the jury supports their arguments that either proved that he killed his foster daughter, or exonerated him entirely.

Who Killed Billie-Jo? is available to watch on My5 TV – you can read more True Crime here.