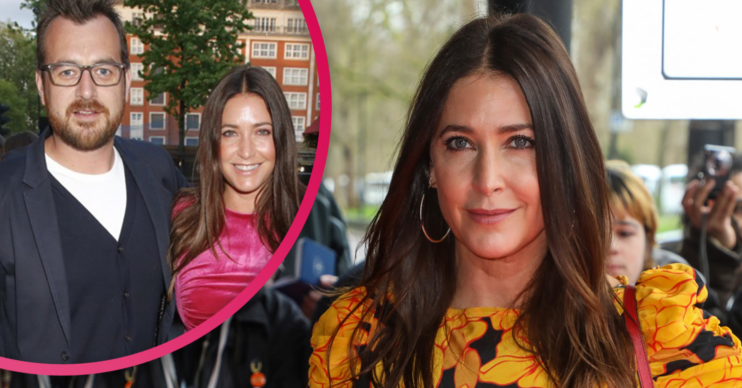 Who is This Morning star Lisa Snowdon engaged to? When is her wedding?

Lisa Snowdon is the resident fashionista on This Morning, but what did she do before she landed the role on ITV daytime?

And just who is her world-famous movie star ex?

We’ve got all you need to know about the most gorgeous member of the This Morning team here.

How did This Morning star Lisa Snowdon rise to fame?

Lisa, who turned 50 earlier this week (January 23), won a scholarship to Italia Conti as a child, where her classmates included Naomi Campbell.

Her big break came at the age of 19, when she was spotted by Premier Model Management while pole-dancing at a rave.

A number of high-profile modelling campaigns and magazine covers followed, with Lisa occupying FHM’s sexiest woman pole for 10 years between 1996 and 2007.

She started her presenting career on MTV, before moving to Britain’s Next Top Model.

With more experience under her belt she appeared on Loose Women as a panellist and stood in for Lorraine Kelly on her morning TV show.

Reality TV came calling, with Lisa signing up for the sixth series of Strictly Come Dancing.

She and partner Brendan Cole ended up coming third.

However, her 2016 stint in I’m A Celebrity didn’t see Lisa do as well.

Here, she was the second celebrity to be sent home.

Who is Lisa Snowdon’s most famous ex?

Well that has to be none other than George Clooney!

The pair met on a Martini ad in 2000 and had an on/off romance for five years.

Read more: Lisa Snowdon admits she’s ‘come to terms’ with early menopause and the fact she won’t have children

Speaking about their relationship after their split, Lisa joked that she thinks the fact she’s George Clooney’s ex will be etched on her gravestone.

She told The Mirror: “I’m always going to be George Clooney’s ex. I sometimes think it will be written on my tombstone – ‘George Clooney once dated Lisa Snowdon.'”

She added: “I will have to do something super-radical for people to forget about it. Goodness knows… I’m definitely too old for Prince Harry!”

In 2006, David Walliams revealed his heart had been broken by a mystery woman he referred to as Miss X.

Later, Lisa revealed she was Miss X and said they had briefly dated before she decided she just wanted to be friends.

Something which apparently shattered poor David.

She told The Sun: “Yes, it’s me. I’m Miss X. I was hoping no one would realise. David and I are great friends and he’s such an amazing bloke, but there is no romance.

“David has made it clear he has feelings for me but we’ve got to a point where we can just have a platonic relationship. I’m very honest with him and he has been with me, so there are no games.”

What has she said about her abusive past relationship?

Lisa previously opened up about an early relationship that was so abusive it left her with a black eye, a broken arm and mental scarring.

Speaking on the She Loves Herself podcast, she said the relationship took place at the start of her modelling career.

And the catwalk acted s a form of “escapism” from the abuse.

“I was in a really bad relationship at the time which began with being mentally abusive and then was physically abusive, it was like my escapism when I went into work.

“I was on these amazing shoots and it was back when they would do really dramatic make up. So I would go in, almost like an actress and create a different me for the day, and escape that abusive relationship.”

She continued: “In the end, I went to a mutual friend of ours, and I begged him to help me and at first he was wary because he was friends with both of us.

“I said to him I really need your help, I had a broken arm I had a black eye.”

Who is she with now?

Lisa is now happily loved up with her fiancé George Smart after he popped the question in 2016.

Opening up about the proposal, she told Fabulous: “George proposed to me on the Saturday before Christmas.

“I had absolutely no idea he was going to do it – he chose the most beautiful diamond ring which I love and it fits perfectly,” she added.

The couple were hoping to tie the knot in Tokyo but the pandemic meant it had to be postponed.

And, for now, it appears Lisa is happy enjoying being engaged.

Posting on Instagram in December 2020, she said: “I know we haven’t officially ‘tied the knot’ and who knows when or even if we ever will.

“All I know is my life wouldn’t be the same without you in it. I love you. Grow old with me. The best is yet to be!”

Before Christmas, Lisa did issue an update about her wedding.

She told OK!: “There’s no development there. We’ve just about managed to nail my 50th that’s been enough. We’re both just very relaxed and I don’t really feel like it would change anything.

“Weddings are so expensive. We would really love to do the house. It’s an itch we want to scratch. We were in Denmark and over breakfast we started sketching out this beautiful building – so that’s something we’d like to do.”

How did Lisa Snowdon celebrate her 50th birthday?

By stripping off to a bikini in sub-zero temperatures, of course!

Lisa revealed on Instagram earlier this week that she and George had jetted off to Iceland for her big birthday.

Sharing a number of snaps of herself in a black bikini, Lisa revealed: “And just like that….. I am 50!! What a way to celebrate here in Iceland at the @skylagooniceland!

She added: “-8 degrees, snow storm, 40mph winds, the most exhilarating experience of our lives!!”

“Lagoon bathing, cold plunging, the most stunning sauna I have ever seen with the biggest window looking out at the North Atlantic Ocean – cool mist, body scrubs with sea salt & oil, steam room, showers and back into the lagoon,” she said.

She added: “This day will forever be engrained in our memories, Iceland we love you!”

Lisa Snowdon is a fashion expert on This Morning, weekdays on ITV at 10am.