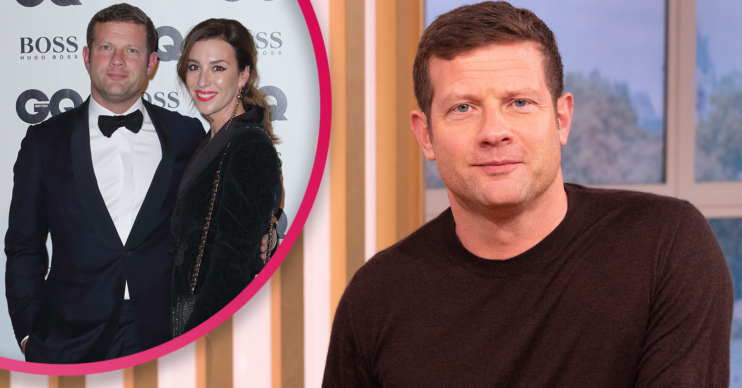 Who is This Morning host Dermot O’Leary married to? What is his net worth?

He took over Fridays on the ITV daytime show in January

This Morning host Dermot O’Leary made waves when he took over Fridays on the ITV daytime show from Eamonn Holmes and Ruth Langsford.

Dermot and co-host Alison Hammond step in for regular hosts Philip Schofield and Holly Willoughby on the last day of the week.

And, although the pair have had some friction behind the scenes, they have now cemented their on-screen husband and wife partnership.

But what do we know about Dermot’s real-life wife? And his route to This Morning stardom?

All you need to know about the presenter here.

How did This Morning host Dermot O’Leary rise to fame?

He started out on radio, with a stint on Essex Radio, before setting his sights on TV.

Working alongside Mel Giedroyc and Sue Perkins, Dermot started out as a runner on Light Lunch, before joining T4 on Channel 4 as one of their original presenters.

This led to Dermot taking over the helm of Big Brother’s Little Brother in 2001.

Dermot’s got The X Factor

However, all that was long forgotten when Simon Cowell and The X Factor came knocking on his door later that same year.

He hosted the ITV talent show from 2007 till 2015, when he stepped aside to work on new projects.

Caroline Flack and Olly Murs took over for a year, but it wasn’t long before Dermot was back – 12 months in fact.

Read more: Dermot O’Leary ‘will replace Phillip Schofield’ if he ever leaves This Morning

Back in November, it was announced that Dermot would be stepping up to become a permanent member of the This Morning team.

He and Alison Hammond presented their first show in January 2021.

TV isn’t the only pie Dermot has his finger in, though.

He’s kept up his radio work with a Saturday morning breakfast show on BBC Radio 2 since March 2017.

Is This Morning host Dermot married?

Away from the limelight Dermot also has a busy life.

He married his long-term girlfriend Dee Koppang in September 2012 and the couple have one son, Kasper, who was born in June 2020.

He’s pretty private about the tot, but Dee has revealed the journey to parenthood wasn’t an easy one for the couple.

Thanking fans for their messages of congratulations, she said: “Just wanted to say thank you so so much for all the lovely messages about our news…

“It’s been a rocky road to get here, so I wanted to send lots of love to any of you who are on that journey.

“Hang on in there. Sending love.”

Dermot has opened up about his relationship with Dee, though, who is a TV producer and director who’s worked on The Crown and Bridgerton.

Asked what the secret to a long and happy romance was, Dermot revealed: “There is no secret. I really like her, so she’s my best friend.

“I think not being in each other’s pockets all the time and giving each other space is a massive thing.

“We’ve never been too beholden to each other.”

How much is Dermot O’Leary worth?

Earlier this year, Spears magazine quoted his fortune as £2.7 million.

However, the Celebrity Net Worth website lists his fortune at almost £9 million.

Either way, we wish we were a pound behind him!