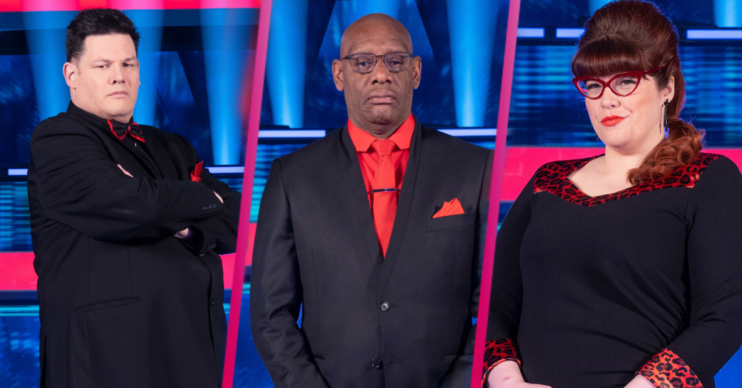 Who is the cleverest Chaser? Beat The Chasers star Shaun Wallace reveals the toughest competition

Shaun said he could still beat them

Beat The Chasers star Shaun Wallace has revealed who the cleverest Chaser is.

Sixty-year-old Shaun has become a household name thanks to the teatime quiz show, The Chase.

And now, starring in spin-off primetime show, Beat The Chasers, he has revealed who out of his five counterparts is the toughest quizzer.

What did Beat The Chaser star Shaun Wallace say about his fellow Chasers?

Shaun – aka The Dark Destroyer – appeared on Lorraine yesterday morning (Monday May 4) disclosed his thoughts of his fellow Chasers.

Ranvir Singh, standing in for Lorraine Kelly, pressed him on who he thought would be the toughest to take on out of Anne Hegerty, Mark Labbett, Paul Sinha, Jenny Ryan and Darragh Ennis.

“Have you ever, as a play-around, ever been a contestant on there?” Ranvir asked.

“But if you were to ask me who was the top Chaser, it would be hard.

“I would say that Anne is the most consistent, Jenny is certainly on fantastic form.

In addition, Shaun said: “Our new Chaser Darragh Ennis – The Menace – is a wonderful welcome edition as you’ve seen stepping up from being a contestant to a Chaser.

It was then he told Ranvir who he thought is the toughest out of his five counterparts.

But I suppose Mark and Paul are really standout in terms of being consistent, being quick and being extremely clever.

“But I suppose Mark and Paul are really standout in terms of being consistent, being quick and being extremely clever.”

He also added he “wouldn’t fear any of them” if he ever had to pit his wits against them.

Where is Paul in the new series?

Despite naming Paul as one of the toughest Chasers, the Sinnerman had to take a break from this new series.

His place was subsequently taken by Darragh Ennis.

As filming wrapped on series three, Paul informed Twitter followers that he was unable to take part.

“New episodes of Beat the Chasers are on their way,” he said.

“Unfortunately, I wasn’t well for the recordings and couldn’t join in this time around. I’m feeling much better now.”