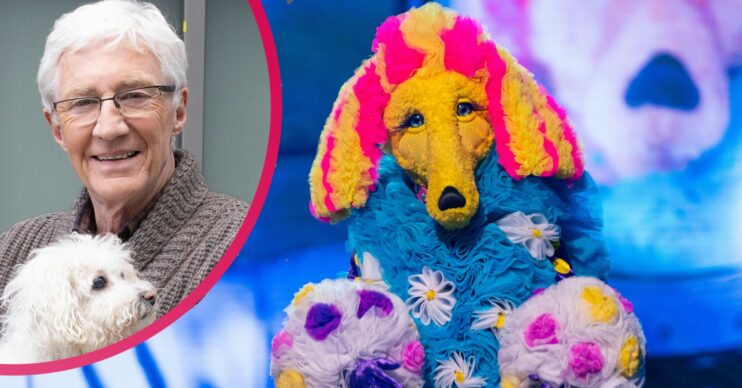 The Masked Singer: Paul O’Grady is bookies’ favourite to be behind Poodle

Who is behind the masks?

TV legend Paul O’Grady is currently odds on favourite to be unmasked as Poodle on The Masked Singer.

The UK version of the hit show kicked off at the weekend with Gloria Hunniford and Heather Small already being revealed as Snow Leopard and Chandelier.

While viewers across the country try to guess the remaining contestants, bookmakers Betfair, has revealed the latest odds.

Read more: The Masked Singer fans call for Rita Ora to be axed from panel

Spokesperson Sam Robsbottom said: “After just one weekend of this edition of the Masked Singer, armchair sleuths already seem confident of some of the celeb identities behind the amazing costumes.

“Doughnuts and Poodle are tipped to be footy legend Michael Owen and TV presenting royalty Paul O’Grady at 4/9 and 8/11 respectively.”

Meanwhile, the bookmakers predict Irish actress Aisling Bea is behind Mushroom at 5/6 and fiery American tennis star John McEnroe is Bagpipes at 5/6.

“Other characters who are bamboozling viewers a bit more include Lionfish and Firework, where comedian Eddie Izzard and actress Michelle Keegan are 11/10 and 6/5. Meanwhile Aussie pop royalty Natalie Imbruglia is Evens to be the cute Panda.”

As the show returned to ITV for its third series, viewers took to Twitter to moan – again – about Rita Ora.

Her outlandish guesses have already been winding up fans, picking up from where she left off last year.

In a seriously awkward moment, the singer told Lionfish: “I think you could be a woman.

“Those lips are a bit frowny, a bit like one of my favourite movies, Finding Nemo and Dory. And who plays Dory? Ellen DeGeneres.”

She also thought that Snow Leopard could be Dame Judi Dench, but was revealed to be Gloria.

Fans branded Rita’s guesses “stupid” with some even calling for show bosses to boot her off .

Meanwhile, viewers have already predicted Paul O’Grady may be behind Poodle.

Another wrote: “Poodle is defo Paul O’Grady. Does a whole ITV series on dogs and used to be Lily Savage hence the drag queen reference.”

A third tweeted: “That poodle is deffo Paul O’Grady.”

The Masked Singer returns on Saturday, January 8 at 7 pm on ITV and ITV Hub.

Who do you think is behind the masks? Leave us a comment on our Facebook page @EntertainmentDailyFix and let us know!