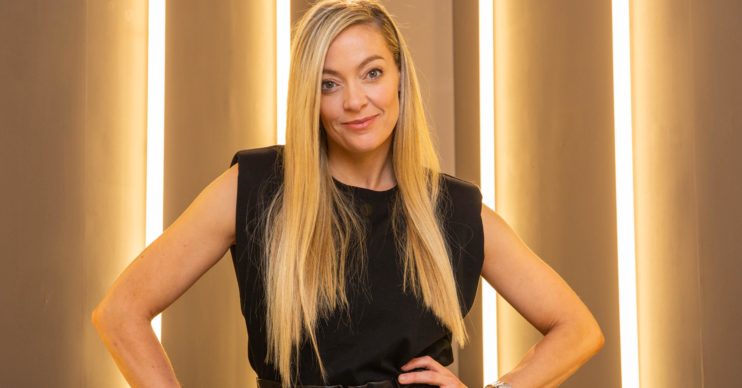 Who is Cherry Healey? How old is the 10 Years Younger In 10 Days host?

She appears on BBC Two's Inside the Factory opposite Gregg Wallace

Cherry Healey is currently on TV hosting 10 Years Younger In 10 Days on Channel 5, but you may also recognise her from BBC2’s Inside the Factory with Gregg Wallace.

Here’s everything you could want to know about Cherry Healey – both professional and personal!

Read more: Inside the Factory: Gregg Wallace divides viewers as some call on BBC to find new presenter

Who is Cherry Healey?

Cherry is a British television presenter, who often fronts lifestyle documentaries and investigations for the BBC.

She has been on our screens since 2009, when she presented documentary The Noughties… Was That It?

Cherry was soon given her own self-titled documentary Cherry Has a Baby in 2010.

The one-off show followed her own life, after she unexpectedly became pregnant at 28.

This was soon followed by Cherry Gets Married in the same year.

She has fronted documentaries on drinking, childbirth, body issues, dating and money.

Over the years, she has reported on The One Show, appeared on Celebrity MasterChef and now hosts 10 Years Younger and co-presents Inside the Factory alongside Gregg Wallace.

Cherry very nearly had a different career, though: she spent six years of her 20s trying to make it with her hip-hop dance group, Motion Sickness.

How old is Cherry?

The presenter was born Cherry Kathleen Chadwyck-Healey on December 5 1980.

She is currently 40 years old, after celebrating her landmark birthday at the end of 2020.

Why does she look so young? Cherry admits to having Botox.

She has said: “And what do I do to look younger? I have Botox. I love Botox so much.”

What else has Cherry Healey presented?

Meanwhile, she has bared all about her own life in Cherry’s Money Dilemma, Cherry Healey: How to Get a Life, My Faith and Me, and Cherry Healey: Old Before My Time.

Cherry married her long-term partner Roly Allen in the summer of 2010.

However, they later separated and divorced in 2017.

Cherry and Rory welcomed their first child, daughter Coco, in 2007.

Cherry is dating boyfriend, Carl Kisseih, who she’s been with since 2016 after they met online.

He is an advertising executive, just one year older than her.

She has said: “Number one on my gratitude list is falling in love again and having hot sex!

“When I divorced I didn’t expect any of this was possible.

“I’m not saying everyone should get divorced but there’s a silver lining!”