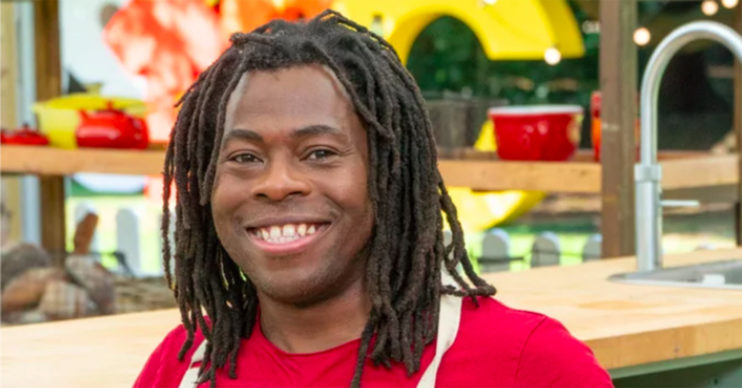 Who is Ade Adepitan on GBBO: Is the presenter married and what is his net worth?

Get to know the presenter and documentary maker...

Ade Adepitan MBE is set to compete on GBBO this week.

In aid of Stand Up To Cancer, the British sportsman and presenter will be putting his baking skills to the ultimate test.

But how old is he? How did he get into television? And is Ade married?

Here we take a look at the life and times of Ade Adepitan.

How old is Ade Adepitan?

Ade suffered from polio as a child, which left him unable to use his left leg. As a result, he primarily uses a wheelchair to get around.

Despite this setback, he is a talented sportsman and has competed at the Paralympics on the British basketball team.

He was part of the wheelchair basketball team that won the gold medal at the 2005 Paralympic World Cup in Manchester.

While speaking to The Guardian, he said playing sports gave him a major self-esteem boost as a teen.

He explained: “In my younger, teenage years, I was very body-conscious. I was a little bit ashamed and upset that I didn’t walk the way that other friends did.

“It was only when I saw myself in the mirror that it was obvious; I used to avoid walking past any windows or anything reflective as I was going through puberty. But I grew out of that, especially because of sport.”

While he described his nuptials to Hello! as: “Everyone says it’s the best day of your life but it was probably better than that.

“We were ordinary people in an extraordinary place and you could see everyone take a breath as they looked around at the grand surroundings. It was slightly overwhelming.”

What’s more, in January of this year, the couple welcomed their first child – a baby boy.

How did Ade get into television?

Ade was one of the three wheelchair basketball players on the 2002 BBC Two indent Hip-Hop.

Indeed he is primarily known for his television work on the BBC.

He’s had acting gigs on Casualty and EastEnders, and a starring role in the 2007 children’s drama Desperados.

Meanwhile you’ve likely hosting as himself in his BBC travel specials.

Or in the likes of Michael Palin: Travels of a Lifetime, Pointless Celebrities, The One Show and Saturday Kitchen.

He’s also served as a sports pundit on many occasions, including for the Invictus Games.

When is Great British Bake Off next on?

The Great Celebrity Bake Off for Stand Up to Cancer next airs on Tuesday April 6 at 8pm.

It will be available to stream on All4 shortly after it initially airs.