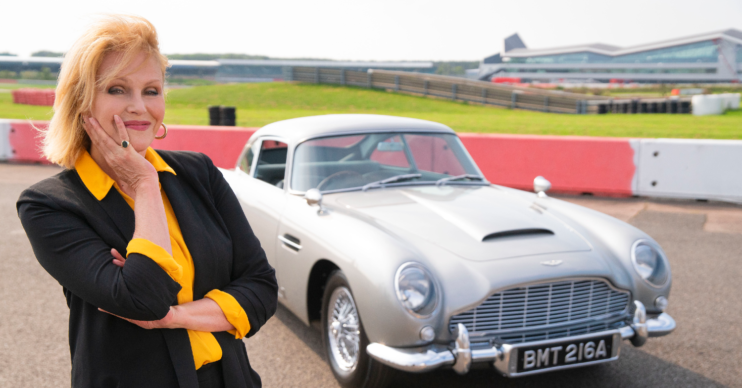 She turned down Ken Barlow's hand in marriage!

Joanna Lumley returns to her acting roots (Tuesday February 2) in Home Sweet Home – Travels In My Own Land but who did she play in Coronation Street?

We’re used to seeing the legend of TV and cinema travelling the world, but here she visits locations closer to home.

Joanna is a beloved actress who has starred in some of TV’s biggest shows.

But how did she become famous and was she in Coronation Street?

How did Home Sweet Home star Joanna Lumley become famous and was she in Coronation Street?

Seventy-four-year-old Joanna has become a familiar face on our screens for almost 60 years.

She started her career in the limelight in the mid-1960s as a model, during the height of the Swinging Sixties.

Joanna then landed a small role as a Bond girl in the 1969 movie, On Her Majesty’s Secret Service.

It was then Joanna appeared in Coronation Street, with the soap then only nine years old.

She only appeared briefly, but played Elaine Perkins and turned down Ken Barlow’s request of marriage.

What else has Joanna Lumley been in apart from Home Sweet Home?

Joanna really became a household name in 1976 when she played Purdey in The New Avengers.

She followed that hit with another – ITV’s sci-fi series Sapphire & Steel.

Fast-forward to the 1990s and Joanna exercised her comedy chops.

She was a hit as the boozy Patsy in Absolutely Fabulous and worked with Jennifer Saunders again in Jam & Jerusalem.

Since then, she has travelled all over the world hosting travel shows for ITV.

Was Joanna born in India?

It’s no wonder Joanna has a taste for travelling.

Her father and grandfather were high-ranking soldiers who had close connections to the British Raj in India.

In fact, her birth coincided with the last years of British rule in India.

The family returned to the UK when she was eight-years-old and attended a school in Kent.

Joanna married actor Jeremy Lloyd in 1970 but they divorced in the same year.

Sixteen-years-later she married again, this time to conductor Stephen Barlow.

Joanna has one son, Jamie, who was born in 1967 to father Michael Claydon.

After she and Michael split up, Joanna raised Jamie as a single parent, and now is a grandmother to two granddaughters, Emily and Alice.

Has Joanna had cosmetic surgery?

Unlike many f her contemporaries, Joanna has always refused any cosmetic enhancement.

She once told Good Housekeeping magazine: “I’m really not against [cosmetic surgery] but what’s the point of getting stuff done when I’m looking to play older people like grannies?

“You have got to think very carefully what you want done.”

She has, however, admitted to cutting her own hair.

“I cut my hair myself and colour it,” she said.

“I know everybody in the hairdressing business despair of me, but it’s so much easier to do it yourself.”