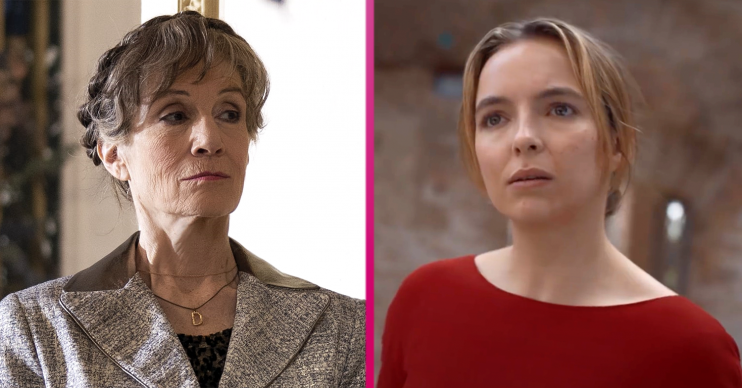 Who is Dasha in Killing Eve? Villanelle’s secret past explained

Fans may wonder who is Dasha in Killing Eve when series three launches on BBC One tonight (April 19). The new character is introduced for the first time when she turns up uninvited at Villanelle’s doomed wedding. And we soon learn that the pair have a very complicated history going all the way back to […]

Fans may wonder who is Dasha in Killing Eve when series three launches on BBC One tonight (April 19).

The new character is introduced for the first time when she turns up uninvited at Villanelle’s doomed wedding.

And we soon learn that the pair have a very complicated history going all the way back to her teenage years.

Who is Dasha in Killing Eve?

Dasha is a veteran assassin who also works for The Twelve.

She has known Villanelle since she was a young girl and was her mentor long before Konstantin was on the scene.

During their early years, the pair clearly had a troublesome relationship.

In fact, Dasha even says that Villanelle was once “useless” before she became the expert killer she is today.

Now, she is the only person The Twelve trust to persuade Villanelle to return and become her new handler.

But what’s in it for Dasha?

She claims The Twelve have agreed that she can go home to Russia if she’s successful.

Though the task at hand may prove more difficult than she realises as Villanelle will only return on the condition she is promoted to “keeper” statues – a position even higher than even Dasha holds.

Prior to taking this role, the British actress has also been in Downton Abbey, The Crown and Call The Midwife.

Opening up about her character Dasha, Harriet told the New York Times: “She is a great character, with a kind of fanatical patriotism about Russia that Villanelle doesn’t have.

“There is a certain anarchy about both, and about it all. I think people love that outrageous daring.”

Why was Dasha brought in?

Although she’s been brought in as Villanelle’s new mentor, Dasha will not replace Konstantin.

“But her handlers, up to this point, have been people that she has been able to manipulate to a degree.”

She added: “I liked the idea of a trainer, so someone who’d really seen what she was and then had helped transform her into what she became in terms of her professional life. And so there was something in that.”

What did you think of Killing Eve? Are you a fan of Dasha? Leave us a comment on our Facebook page @EntertainmentDailyFixand let us know what you think of this story.